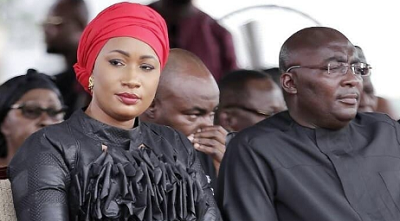 The Vice President Mahamudu Bawumia and the Second Lady Samira Bawumia have expressed their heartfelt condolences to the families of persons who lost their lives in tragic road accidents which occurred today in Ghana.

The Vice President in a tweet Friday advocated that the country puts in place measures to reduce the occurrence of such accidents.

He posted: “My wife @SBawumia and I extend our heartfelt condolences to the families of those who sustained various levels of injuries, and others that lost their lives in the tragic road accidents which have occurred today in Ghana.

“As a country, we need to put in place appropriate measures to drastically reduce the occurrence of such mishaps. We wish the injured speedy recovery and may the souls of the departed rest in perfect peace”.

One of the accidents occurred at the Amoma Nkwanta in the Kintampo South District of the Bono East Region which claimed about 60 lives. Reports say two buses from opposite directions crashed head-on in the early hours of Friday at about 2 am and caught fire.

Another occurred at Ekumfi Dunkwa on the Winneba-Cape Coast Highway in the Ekumfi District of the Central Region with more than 30 people feared dead.

The accident involved a Yutong bus which was travelling from Takoradi to Accra and a Metro Mass Transit bus heading towards Cape coast.