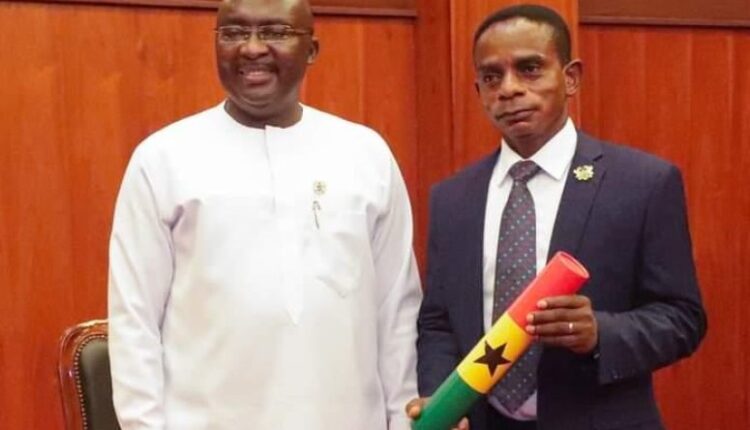 Mr Johnson Akuamoah Asiedu has been sworn in as the new Auditor-General by Vice President Mahamudu Bawumia.

Vice President Bawumia, who administered the Oath of Office at the Jubilee House in Accra, said the President was satisfied with the work Mr Asiedu had done, so far, and charged him to perform his duties with diligence and utmost professionalism.

In his acceptance address, Mr Asiedu thanked the President for the honour done him, saying; “I’m deeply humbled by the confidence reposed in me by the President and I ask God to grant you knowledge and wisdom so that your vision in transforming this country will be realised”.

He promised to work collaboratively with the Management and Board of the Ghana Audit Service to protect the public purse to enhance transparency and accountability.

Vice President Bawumia also swore in a seven-member Governing Board of the Ghana Audit Service, chaired by Professor Edward Duah-Agyeman.

The Vice President charged the Board to conduct its business with professionalism and in accordance with the Audit Service Act.

“The Audit Service Board is a major stakeholder in ensuring transparency and accountability in the country and in the fight against corruption.

“You must work towards plugging the revenue leakages in the system so that we can maximise revenue for the growth of the country,” Dr Bawumia said.

He pledged government’s commitment towards providing the necessary logistics and financial resources to the Service for its sustenance and efficiency.