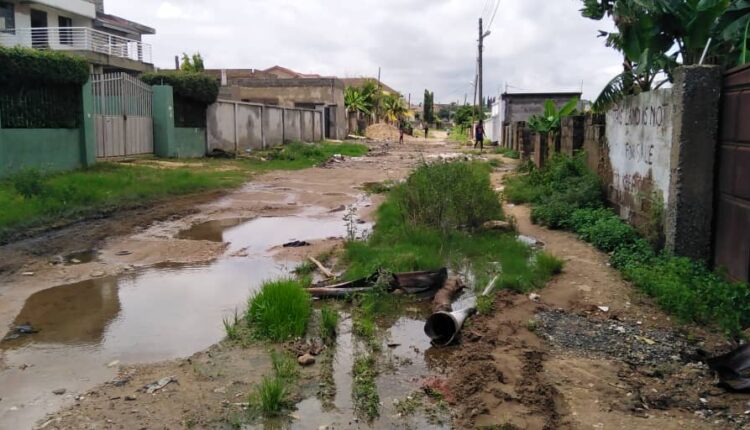 ‘Be patient, your roads will get attention’- Adentan MCE calms residents

The Adentan Municipal Chief Executive says the Assembly is adopting a ‘one-step-at-a-time’ approach in fixing the roads in the municipality some of which are un-motorable.

According to Daniel Alexander Nii Noi Adumoah, out of the over 600km of road in the Municipality a little over 130km have been constructed, leaving a deficit of over 450km.

With residents clamoring for their share of development in the year of roads, the MCE said his outfit would ensure that all residents benefit from the “piece of cake” even though some roads may have to be “prioritized” over others.

He was responding to agitation by some residents in the Municipality for better roads and drainage systems within the Adentan enclave.

With an elite population of close to 111,105 people, the Adentan Municipality, largely residential tells a contrasting story of well-developed road networks in some areas and slum-like roads in others.

In the raining season, the Otano electoral area in Adjiringarno, particularly, the Eric AbanAmewuda Street is left un-motorable with poor or non-existent drainage systems.

This has left residents, businesses, churches stranded as they count the cost of the strangling impact of the poor road networks in the neighborhood.

“On my way to work last year, I was nearly carried away by the floodwaters,” Kekeli, one of the residents lamented.

Parts of the Adjiringarno/Otano vicinity are largely a low-lying area. As a result, the floodwaters from the adjoining estates, particularly the NTHC and Buildaf as well as Otano and Ability, find its way onto the Amewuda street wreaking havoc to businesses and residents in the process.

Besides, choked and defective drainage system of the adjoining estates also leads to the seeping of rainwater onto a section of Eric AbanAmewuda Street rendering it unmotorable.

The area has no proper drainage system but has a rugged patch of road; many walls have collapsed, properties destroyed in the neighbourhood following major downpours, posing an environmental and health hazard to the residents.

According to the manager of one of the businesses in the vicinity, several efforts to get the Assembly to fix the road have been futile.

“Interestingly the Assembly officials ply the same bad roads to collect their property rates and other levies every year. How do they expect us to make money to pay those levies when clients do not patronize our business only because of the nature of roads?” she said.

She wondered why most of the surrounding roads have been constructed except the few meters of road within her vicinity.

“A poorly constructed bridge also remains a death trap in the neighbourhood because it floods anytime it rains,” another resident complained.

Even though some individuals, businesses, and churches within the neighbourhood have tried on their own to construct portions of the road, a chunk of it remains unmotorable. They demanded a quick fix by the Assembly.

The Assemblyman for Otano electoral area, Mahamud Ya-adzagey, in an interview, said he has been pushing for the road to be graded at least, to make it motorable before a full construction takes place.

“But I was told the road will soon be constructed so there is no need for it to be graded,” he said.

According to him, he was told that a contract had been awarded for that stretch but further investigations showed, there was no contract for that road, at least not yet.

When the contractor for the area was contacted, he said he had been given a contract for the construction of 8km of road within the BODA community which is also located on the opposite side of the Adjiringarno – Ashalley Botwe road. He had already started construction works with some drainage systems within that community.

He denied receiving any contract for the other side of the Adjiringarno – AshalleyBotwe road comprising Otano electoral area roads.

But this has not gone down well with the Assemblyman and some of the residents. Mr Mahamud Ya-adzagey said he had been assured by officials of the urban roads, that the roads in the low-lying areas in Otano-Adjiringarno would be constructed and claimed the contract had been diverted to other places.

In a reaction, however, the MCE said Adentan is one of the fastest-growing communities hence the desire for development projects.

He said even though 2020 was declared as the year of roads before Covid 19 kicked in, the government has not reneged on its promise.

“Adentan has had its fair share of roads,” he said, adding the roads along the Islamic University Trasaaco, SSNIT estate, the Ghana-Canada roads have all been constructed. 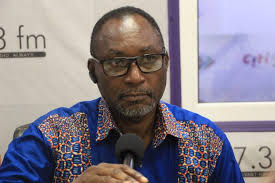 He admitted the fast-growing nature of the municipality meant some residents are likely to lag behind as far as some services are concerned.

He called for cool heads on the part of residents as the Assembly tries to meet their needs.

But a member of the resident Association said a lot more can be done to ameliorate the problems the residents are going through. According to Joseph Ofei Arthur, the Assembly does not have to wait for all the money to construct and tar 600 kilometers of roads before it begins work.

To ensure that all roads in the municipality were motorable, it would be more appropriate for the Assembly to rather own and maintain a grader which could be frequently used on the un-tarred roads to render them motorable while waiting for the budget to construct the roads, he said.

This would ensure a proper sharing of cake instead of waiting for possibly years for their ‘piece of cake’ of tarred road, Mr. Arthur said.