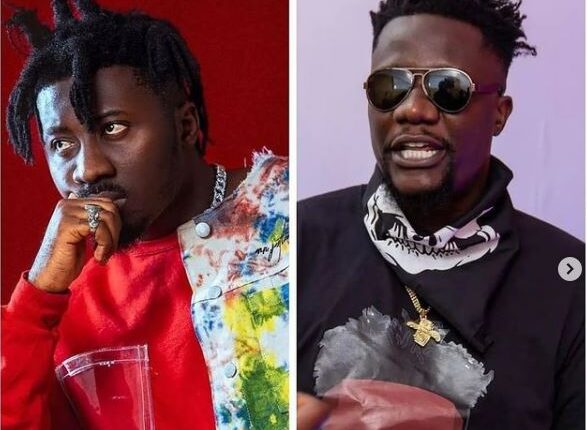 Rappers Amerado and Obibini are lyrically throwing jabs at each other with flaming diss songs.

The two locked horns after Amerado threw a jab at a certain ‘Wudini’ when he did a freestyle on British DJ Tim Westwood’s show.

Obibini took offence and demanded an apology because apparently, he (Obibini) use to call himself ‘Wudini’.

But Amerado dared Obibini, saying, “Do you think I will be on a world platform and be throwing shots to someone I have been working harder than?”. He, therefore, asked Obibini to respond if he took offence.

This triggered Obibini to hit the studio with a response he called Deceased.

Obibini subsequently dropped another one, Carcass later on Wednesday morning after Amerado had released The Throne to challenge Deceased.

The rap beef has sparked debate on social media among rap lovers as both rappers are lyrically good.