The Ghana Police Service has cautioned the general public to be on the lookout for fake social media accounts created to perpetuate fraudulent activities on unsuspecting people.

The Police says investigations carried out by its intelligence unit indicate that criminals have taken to social media to create accounts using the names of public figures and institutions with the aim of duping people.

According to the Police, most of these acts are committed on Facebook and WhatsApp.

A statement signed by the Director-General of Public Affairs of the Ghana Police Service, ACP David Eklu said, ”The Police is once again alerting the general public of some criminal activities being committed by faceless people through social media.

“Investigations and monitoring on social media, revealed a significant upsurge of fake social media accounts being created particularly through Facebook messages, WhatsApp etc. to swindle unsuspecting members of the public to part with huge sums of money and other valuables.’ 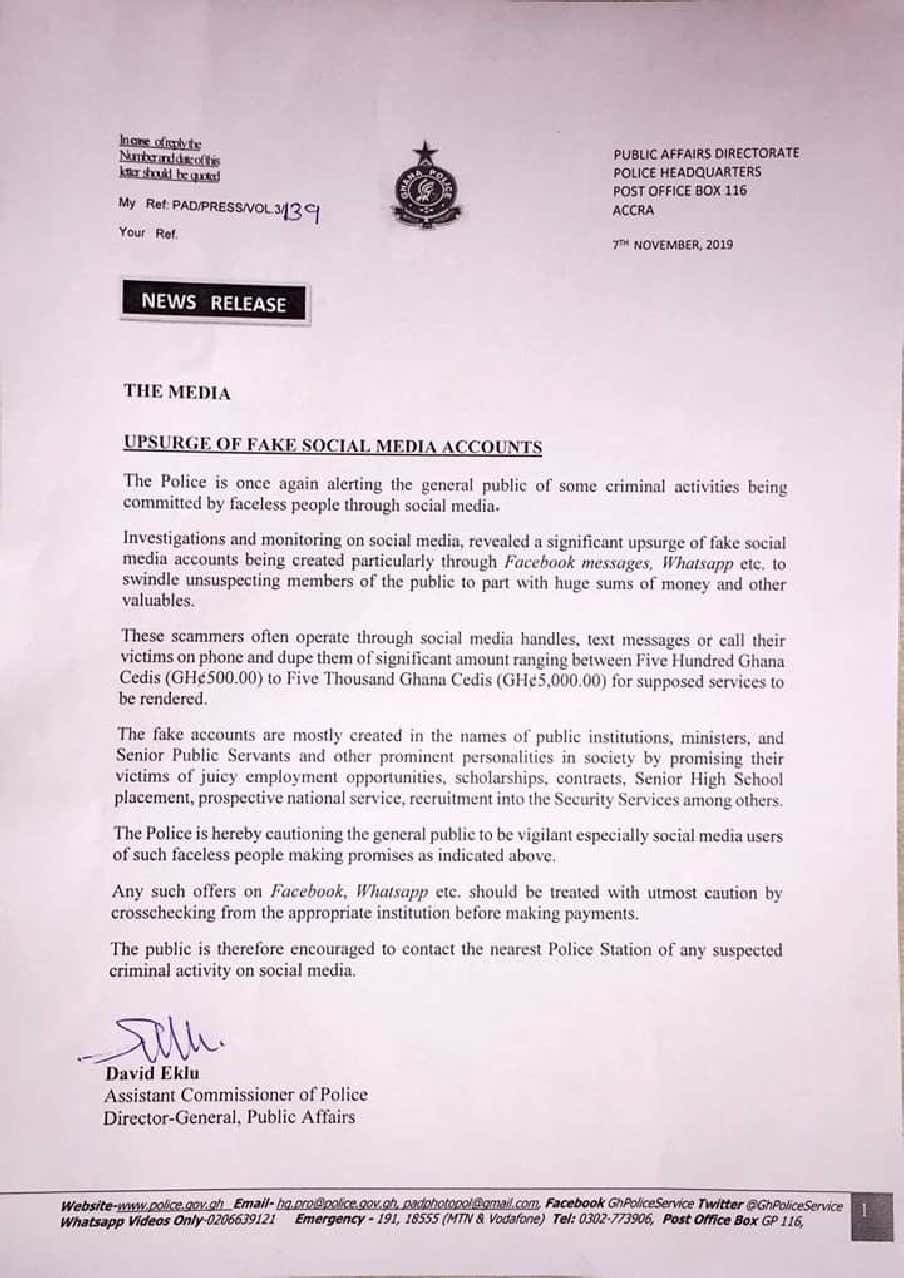