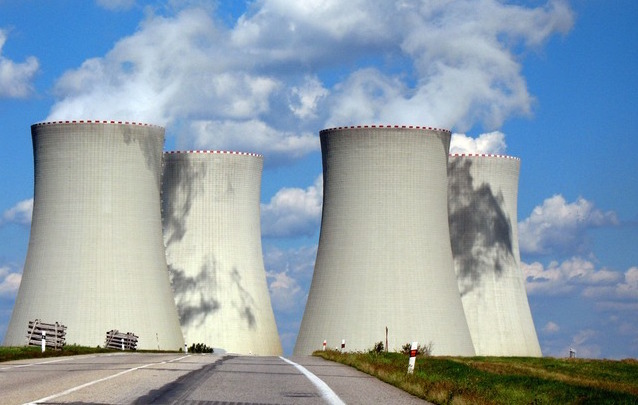 It’s time for Bitcoin miners to get serious about downsizing their carbon footprint.

The worldwide cryptocurrency production sector is eating up an almost unfathomable amount of energy — as much as entire nations.

As of now, Bitcoin mining ranks between Colombia (a country of 50 million people) and Bangladesh (population 163 million) in terms of energy consumption.

All told, Bitcoin networks account for an incredible 0.32% of the world’s energy consumption and a whopping 0.13% of global annual total carbon dioxide emissions.

The process of “mining” Bitcoin, while virtual, requires an enormous amount of resources because of the considerable computing power necessary to carry out the extremely complex calculations to solve the “proof-of-work” problems that make up the blockchain, the digital ledger that Bitcoin is built upon.

Bitcoin has garnered huge amounts of negative press in recent months for its considerable and growing fossil footprint. Bill Gates slammed the cryptocurrency for being fundamentally incompatible with the global fight against climate change in an April interview with the New York Times. Even Elon Musk, who had been the currency’s biggest and most high-profile advocate, legitimizing the crypto-asset in the public eye when Tesla purchased $1.5 billion of Bitcoin and announced that the electric car company would begin accepting payments in Bitcoin, has soured on the crypto-currency, citing environmental concerns. Back in June the Tesla CEO announced that the company would once again begin accepting Bitcoin as a valid form of payment once the cryptocurrency is mined using roughly half clean energy.

Now that the pressure is on, many Bitcoin miners are indeed looking for new and less emissions-intensive ways to provide the prodigious amount of power necessary to keep their operations going. While a decent portion of Bitcoin’s energy consumption — an estimated 39% — is met with supply from renewable energy sources, most notably hydropower, miners are going to have to do better than that to avoid global scrutiny.

Some Bitcoin miners have responded by setting up shop immediately next to shale oil operations and siphoning off the natural gas that would otherwise be wasted and vented into the atmosphere as a waste product of oil extraction. Not only is this form of energy production virtually free, it also keeps harmful greenhouse gases from venting straight into the air.

It is, however, still burning fossil fuels at the end of the day, and while natural gas is not as heavily polluting as oil or coal, its continued use nevertheless stands as a direct threat to combating climate change, according to a UN report.

So what completely carbon-free options are viable for meeting the cryptocurrency’s vast energy needs? The answer may very well lie in nuclear energy. Regions throughout the United States are currently expanding their nuclear power capabilities while a host of bitcoin mining firms turn to zero-emissions energy as their new power source.

While it’s unlikely that nuclear power will take over as the primary fuel source for bitcoin miners everywhere, bringing more forms of decarbonized energy production into the crypto playing field is good news for all of us.

Cryptocurrency isn’t going away any time soon, but neither is global warming. The expansion of this first wave of mainstream crypto assets will likely set the tone for a long time to come, and it’s better for all of us if that trajectory is based on a decarbonization mentality.