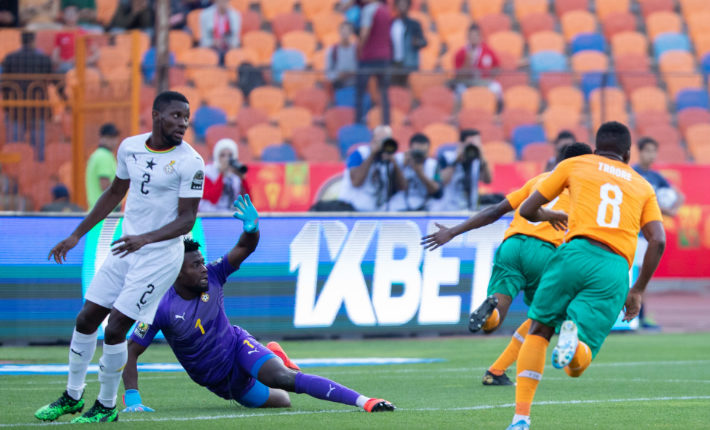 On International Men’s Day, Ghana’s Black Meteors were nearly men, faltering finally in a fight to book the first flight to Tokoyo for the 2020 Olympic games.

It was a match decided by penalties after both Ghana and Ivory Coast looked undecided on how to take their chances in extra time.

It was a match for the Ivorians who led twice but were sucker-punched by a Ghana side that did a lot with little chances.

The Ivorians, dangerous, attacking and snarling at the feet of their Ghanaian opponents much like Jurgen Klopp sets his side.

The Meteors hampered by an often broken-down midfield played Stoke City football, going long on the wings hoping to clobber something out of nothing.

And twice, they did. Scoring at times when it was easy to stop watching because chances were far and few.

Dao punished on the 13th minute, breaking through an offside trap to latch on to a through ball to apply an easy finish.

It left the team jittery and boosted by the led, the Ivorians confidently smothered even infant attacks until Ghana returned in the second half.

It was jail break for Ghana in the 51st minute converting a quick throw down the byline into a jaw-dropping opportunity after the ball was cut back into the box.

The pass found Yaw Yeboah well positioned in the box where several Ivorian shirts were suddenly caught out of position. With the chance too good to be true, his shot went through to inject fresh confidence into the Ghana side.

The Ivorians reset their attack, Ghana reset its defensive units, creating little but dealing with more from the young Elephants.

Questions will be asked about how the Meteors didn’t look too keen on closing down crosses because often, it created a crisis once the ball sunk into the goal area.

And that was how two-goal hero Czech-based Ivorian striker Dao, headed a delightful cross into the net on the 62nd minute. The goal meant the Ivorians entered into game-management mode, holding off their opponents burdened by the need for a response.

The response did come in the dying seconds of the match. Owusu Kwabena felt he deserved a penalty after he appeared obstructed in the box. But while down on the pitch and arguing with his hands, he played a pass with his feet.

And suddenly, Evans Mensah had a chance to shot in a box of full of unsure Ivorian defenders. The shot was more convincing than the penalty appeal which no longer mattered for the Stars.

But when penalties did matter after extra-time, the Meteors faltered.

In the shootout, Eliezer Tape was the hero for the Ivoirians, stopping three spot kicks as Les Elephants prevailed 3-2 to reach the final and next year’s Olympics in the process. Ghana will have a second chance when they play in the third place playoffs on Friday.