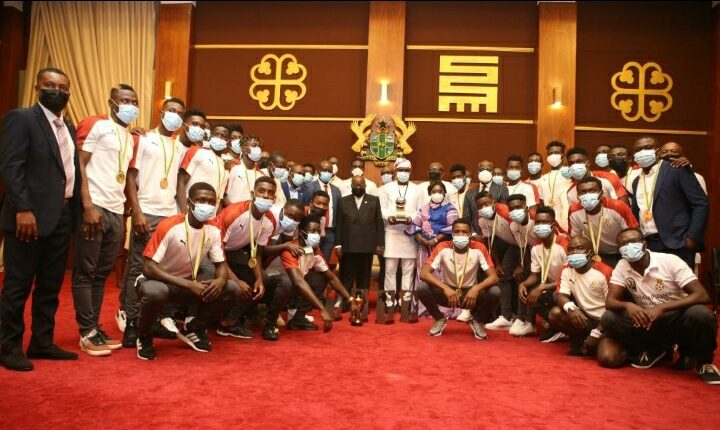 President Akufo-Addo has announced USD 10,000 reward packages for each player of the U-20 team, the Black Satellites, for winning the 2021 U-20 AFCON tournament in Mauritania.

He made the announcement on Tuesday when the team visited the Jubilee House to present the winning trophy to the President following their return from Mauritania on Sunday. 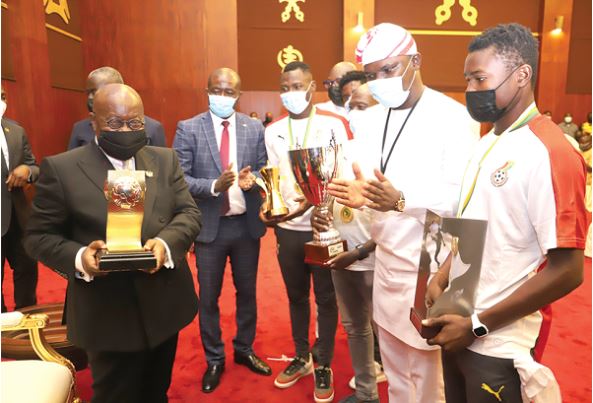 President Akufo Addo stated half the amount will be given out in cash to the players while the other part would be invested for a period of ten years to help them in future.

He also added that the team technical’s unit and other members of the team would take home USD 5,000 each. 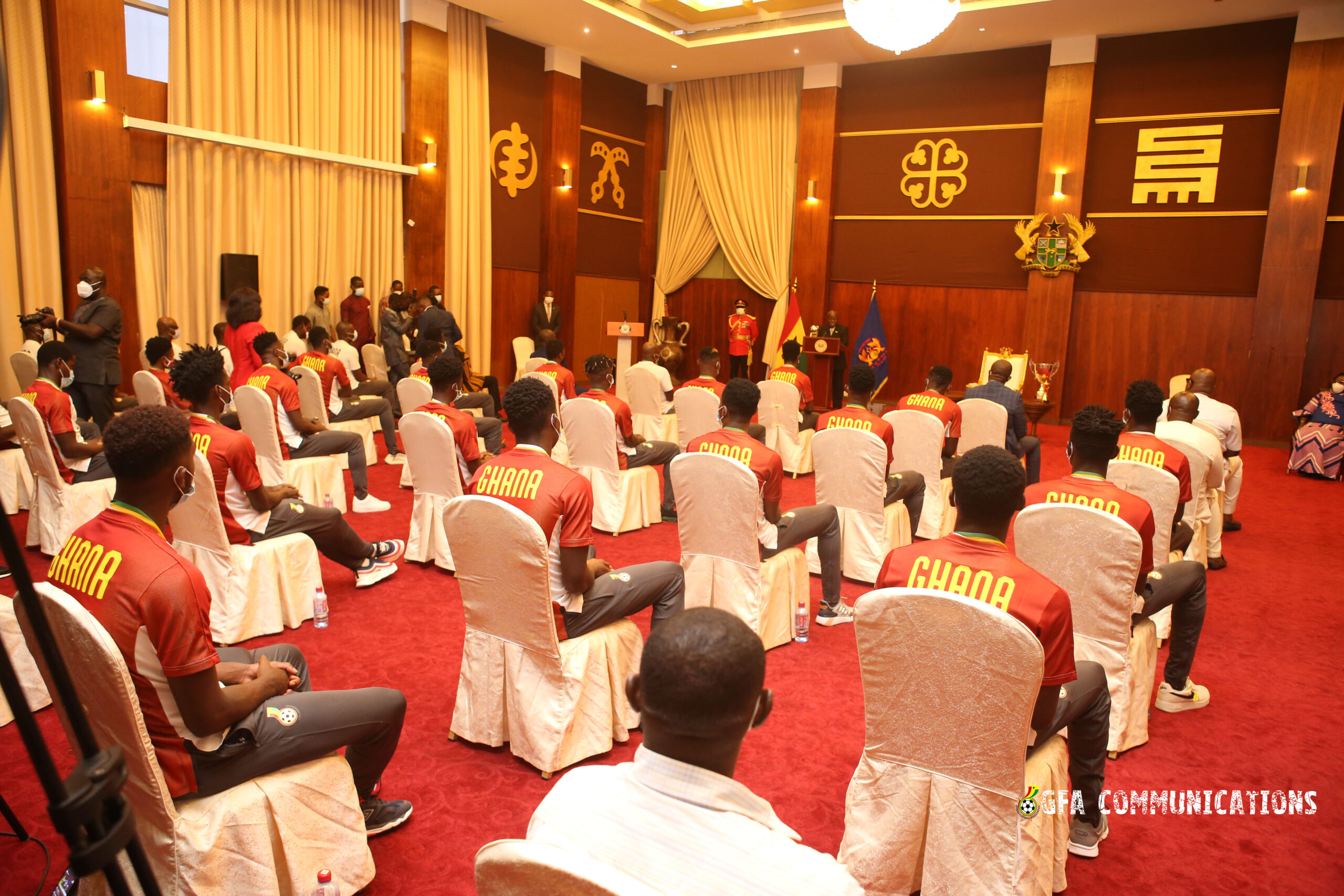 In addition to this, President Akufo-Addo made a personal pledge of $5,000 each to goalkeeper Danlad Ibrahim, captain Afriyie Barnieh, overall best player Fatawu Issahaku and Head coach Karim Zito.

The President was full of praise for the entire team for winning the competition and said that their efforts had earned the respect and gratitude of the nation.

“I know Nouakchott where you won the trophy is not a very friendly place but you managed to win the trophy and the country is very proud of your achievement.

What the country is giving you is a token but it is something to tell you how happy Ghanaians are with what you have done.”

The Black Satellites won the nation’s record fourth continental title in the U-20 division on Saturday, March 6, 2021 when they beat Uganda 2-0 in the finals at the Olympics stadium in Nouakchott, Mauritania. 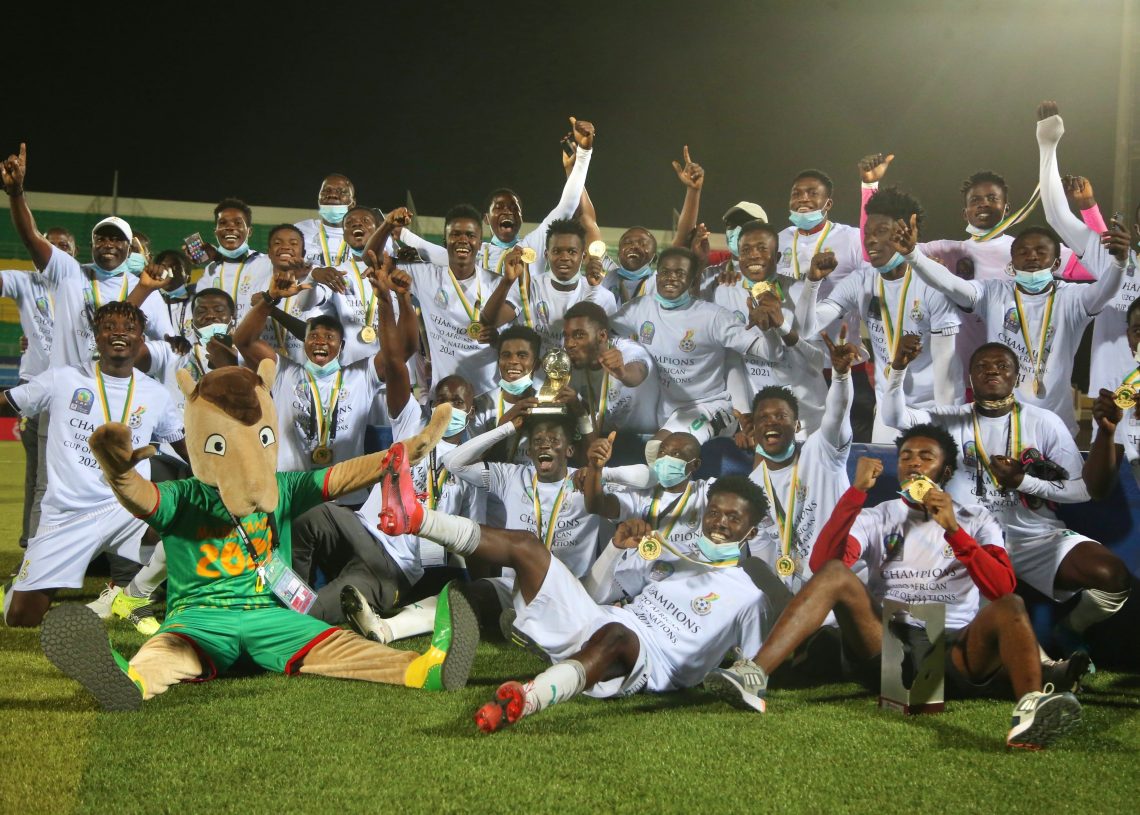 In attendance at the ceremony was the Youth and Sports Minister-designate, Mustapha Ussif, the GFA President, Kurt Okraku, and other senior members of the Ghana FA including the head of the Ghanaian team to the U-20 tournament, Dr. Randy Abbey.