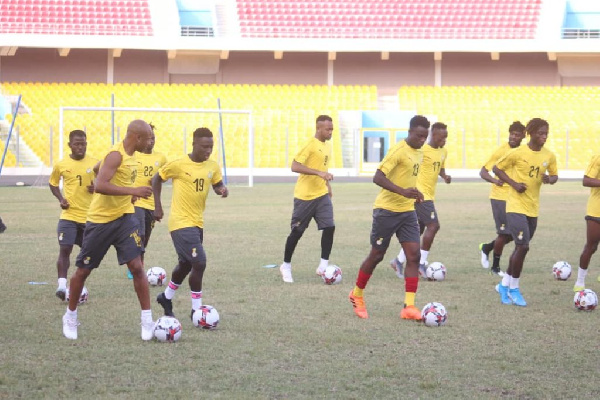 Ghana’s Black Stars will resume training today ahead of their second AFCON qualifier game against Sao Tome on 18 November 2019.

The Black Stars defeated the Bayana Bayana of South Africa in the opening game of the 2021 AFCON qualifiers at the Cape Coast Sports Stadium on Thursday.

The Stars return to training today and as part of the campaign to reignite the support, the Stars will train at the newly constructed astro-turf at Madina a suburb in Accra.

It will be the first time the national team will be training at Madina which is located in the capital. The move is to draw the supporters closer to the team.

The Stars will hold two training session at Madina before they embark on their journey to Sao Tome for the game on Monday.