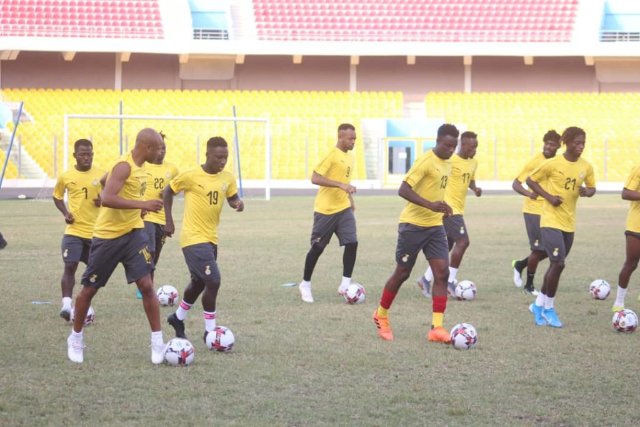 The Black Stars of Ghana will later today arrive in Cape Coast where they will continue their preparations from the 2021 African Cup of Nations qualifiers against South Africa and Sao Tome in the next couple of days.

The first of the two qualifiers will be played on Thursday, November 14 with the senior national football team eager to impress after a disastrous 2019 AFCON campaign in Egypt.

This will be the first competitive game for the Black Stars after the 2019 AFCON, with lack of funding attributed to the team’s inability to engage in any meaningful friendly games prior to these qualifiers.

But with a new administration in charge of the Football Association, this game represents a good opportunity for the Stars to win back the affection of Ghanaians who have been left distraught at the failure of the team to win any laurels in over three decades.

Kurt Okraku, the new Ghana FA President has launched the #Bringbackthelove campaign, with the hope that the apathy directed towards the Black Stars will be erased in the not too distant future.

It is for that reason that the Black Stars will make a stop-over on their way to Cape Coast to interact with fans and distribute some paraphernalia as a way of whipping up enthusiasm for the national team.

The double header against South Africa and Sao Tome is also a big chance for coach Kwesi Appiah to prove that he is the right man to lead the team after superintending over the botched AFCON campaign in Egypt.

With his contract running out in December, Appiah knows failure to win these two games will make his stay as head coach almost untenable.

Ready to go…….Black Stars on the move from Accra to Cape Coast for Afcon 2021 qualifier with South Africa.#BringBackTheLove pic.twitter.com/zt8UpJ1Nmf