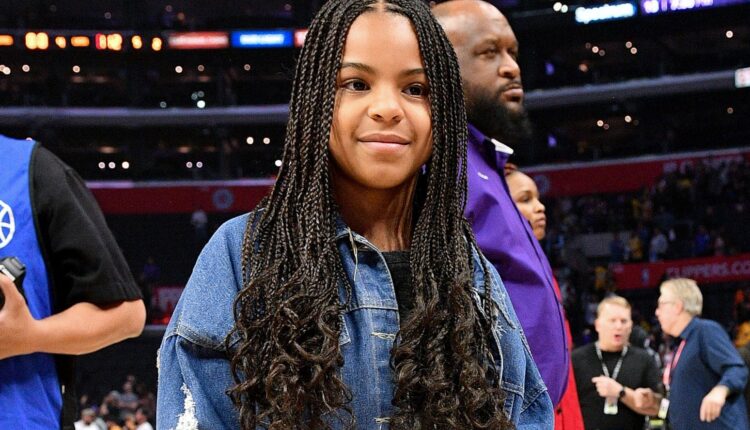 On Sunday night, the 9-year-old daughter of Beyoncé and JAY-Z took home her first award from the 2021 MTV Video Music Awards, winning the best cinematography category for Beyoncé’s “Brown Skin Girl” video and becoming the youngest VMA winner ever.

Blue Ivy and Beyoncé’s “Brown Skin Girl” were also nominated for best R&B video, which was won by Bruno Mars and Anderson .Paak (Silk Sonic) for “Leave the Door Open.”

“Brown Skin Girl,” one of the tracks from Beyoncé’s Lion King companion album, The Lion King: The Gift, got a standalone visual treatment on YouTube in August 2020.

The video had previously only been available to Disney+ subscribers as a part of Beyoncé’s most recent musical film, Black Is King, which dropped exclusively on the streaming service in July 2020.

In the video, the 28-time Grammy winner enlisted famous friends, including Naomi Campbell, Lupita Nyong’o and her former Destiny’s Child bandmate Kelly Rowland — all of whom she name drops on the song — to sing the praises of black beauty, alongside her daughter, who sings on the opening and closing of the track.

Along with becoming the youngest VMA winner, Blue Ivy also won her first Grammy award earlier this year for the hit song. The win made her the second youngest artist to ever win a Grammy Award following Leah Peasall, who won at the 2001 ceremony for her work on the album of the year-winning soundtrack to O Brother, Where Art Thou? at age 8.