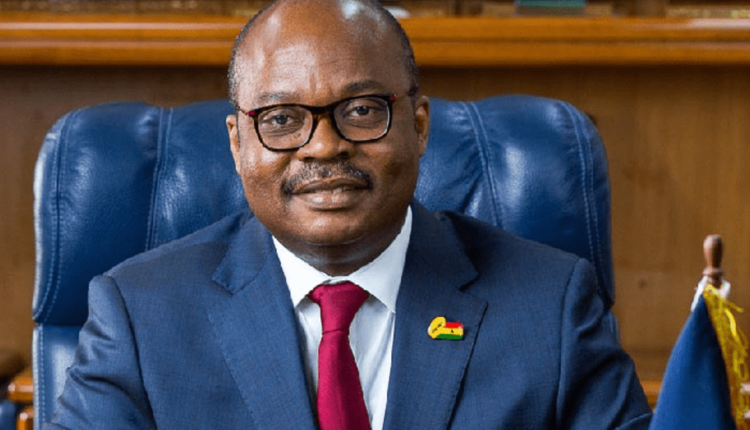 The Monetary Policy Committee (MPC) of the Bank of Ghana (BoG) has maintained the policy rate at 19%.

This was announced by the Governor of the BoG, Dr Ernest Addison, at the MPC press conference in Accra on Monday, 25 July 2022.

Dr. Ernest Addison explained that the reasons for maintaining the rate, among other things, are due to the current inflation trends, which are expected to decline in the coming months.

“The Committee noted that inflation has persisted on an elevated path. A detailed review of the consumer basket shows that although initially driven by supply-side shocks, the initial relative price changes have broadened to almost all the items in the consumer basket.

“Over 80 per cent of the items in the basket recorded inflation above 20 per cent. Inflation perceptions and expectations, as revealed in the Bank’s surveys of consumers and businesses, have increased and influenced agitations for Cost-of-Living Allowances in workplaces,” he disclosed.

The Bank of Ghana has responded decisively with policy tools over the last few months, increasing the policy rate by accumulative 550 basis points since November 2021 and tightening liquidity to tame inflation.

Dr Addison said the committee expected the macroeconomic framework that will underpin an agreed IMF-supported programme would present a strong coordinated monetary and fiscal policy framework that would anchor stability and prevent a wage-price spiral which will lead to inflation becoming more entrenched.

“The Committee also noted the deceleration in the rate of increase in inflation in the last reading. The Committee expects that the macroeconomic framework that will underpin an agreed IMF-supported programme will present a stronger coordinated monetary and fiscal policy framework that will anchor stability and prevent a wage-price spiral, which will lead to inflation becoming more entrenched.

“Based on the above assessments, the Committee was of the view that it will be appropriate to pause and observe the impact of the recent monetary policy measures already taken. The Committee, therefore, decided to maintain the monetary policy rate at 19.0 per cent.”

The central bank’s decision follows calls by some stakeholders for the Bank to stay the rate on the back of the continuous increase in the inflation rate.

The latest data from the Ghana Statistical Service (GSS) shows that prices associated with Transport, Housing, Water, Gas and Electricity pushed the rate of inflation for June to hit 29.8 per cent in the month of June, a 2.2 percentage point increase compared to the 27.6 per cent recorded in May.

The 2.2 percentage points gap, however, comes as the lowest increase recorded since February. This signifies a slow-down in the inflation curve compared to previous months.