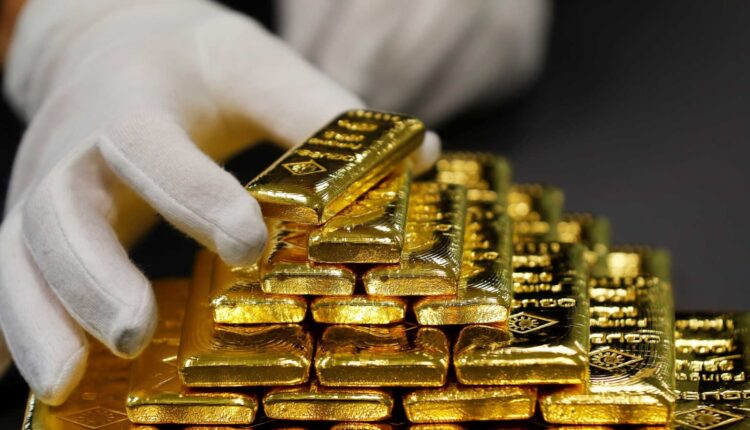 He said after series of discussions, the Central Bank agreed to start this programme, which would be the first of its kind in the country intended to boost the country’s gold reserves.

Vice President Bawumia made this known at the maiden edition of the Responsible SmallScale Mining Awards in Accra.

The Vice President described the mining awards as a historic occasion, which was intended to recognise small-scale miners who had complied with the mining regulations and safety requirements.

“Most often, our problem solving turns to focus more on chasing and punishing wrongdoers and not recognising and rewarding those who do right and this is what makes this award different.

“The award recognises players in small Scale Mining sector who despite the temptation to join the wrongdoing bandwagon, have decided to stay within the relevant regulatory framework for the country and to operate responsibly,” Dr Bawumia explained.

He said the small-scale mining sector had contributed immensely to Ghana, making her the leading gold producer in Africa.

“As we all know, Ghana’s gold production has increased significantly over the past few decades making it the leading gold producer in Africa. The contribution of Small-Scale Mining to this trend is commendable.

Currently, it is estimated that the Small-Scale Mining contributes about 35% to the country’s gold production.

Dr Bawumia cautioned that regardless of the many advantages of Small-Scale Mining brought to the economy, if not done responsibly, it could damage the environment.

He, therefore, called on the miners to mine responsibly to help save the environment and the
country’s natural resources.

The Vice President commended the efforts of the Sector Minister, Mr Samuel Abu Jinapor and his two Deputies for their leadership.

He noted that the Minister, upon his assumption, had brought a renewed approach to the process of ending galamsey through diverse initiatives.

He cited how Mr Jinapor made a passionate plea for the 3% withholding tax being paid by gold producers to be slashed down to 1.5%.

He went on to applaud the organisers of the programme for working tirelessly to achieve a great feat.

He also congratulated the winners of the various categories of Awards, saying that the award should be a motivator to other Miners to do better at their jobs and also keep the environment safe.

The Minister for Lands and Natural Resources, Mr Samuel Abu Jinapor, in his welcome remarks, expressed his profound gratitude to the Vice President and Chief of Staff for gracing the event with their presence.

He also thanked the leadership and members of the Ghana National Association of SmallScale Miners for partnering with the ministry to institute the awards scheme.

The minister said in the coming year, the ministry, would continue to pursue measures to restore sanity in the small-scale mining industry.

The Minister noted that the Community Mining Scheme remained one of the surest ways of tackling illegal mining and being a model for all small-scale mining operations.

Mr Jinapor gave the assurance that the Ministry would ramp up efforts to weed out recalcitrant, illegal miners out of the industry, while encouraging and supporting genuine legal miners.

“We will never relent on this effort, and, God willing, and with your support, we shall realise the vision of President Akufo-Addo by constructing, here in Ghana, a viable, sustainable, orderly and environmentally-sound small scale mining industry. Together we can, and let us get this
done,” he stressed.

Mr Godwin Armah, General Secretary of the Ghana National Association of Small Scale Miners, congratulated the awardees saying ” Your victory is a symbol of the true reflection of our work and telling the whole world that Ghana is on course to revitalise the Small- Scale Mining Sector.