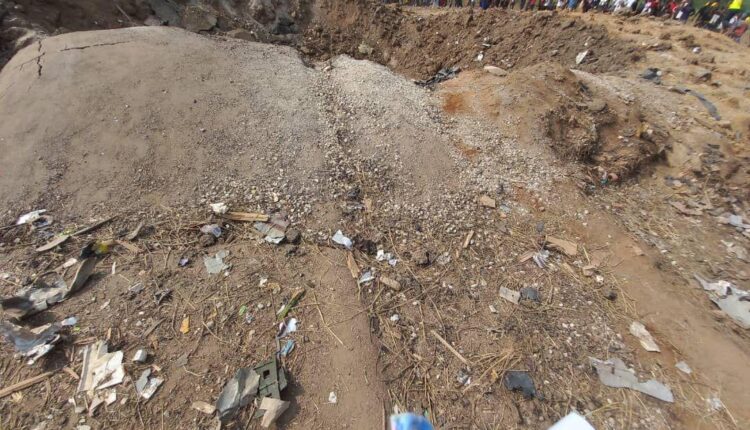 Bogoso Apiatse Explosion: What insurance could do

My heart is heavy as I write this piece. Initially, I decided not to write but to move forward better as a country compelled me to do this.

My deepest condolences go to all Ghanaians, especially the families that have lost their dear ones. This is not the first time I have witnessed a disaster like this. There was a similar one that happened at Kwahu Fodoa when a gas tanker fell on its side and the gas leaked into the near village. Almost half of the village got burnt and some people lost their lives, others got injured, and properties were lost.

There are a lot of societal problems like environmental risk, health risk, economic risk, political risk, unemployment risk, cyber risk, property loss risk, and many others. Depending on how we see insurance, it could be used as a risk-mitigating measure. Risk is cost and the happening of these bring huge costs to the country. Should we always have to rely on the benevolence of people when an unfortunate incident happens in our country?. These people do well and provide the immediate needs but what happens to the child who might have lost his guardian in the incident?

According to the BBC, at least 13 people have been killed in a huge explosion near a mining town in south-western Ghana, officials say. This happened when a truck carrying explosives to a gold mine crashed with a motorcycle near the town of Bogoso, according to police. The BBC’s Thomas Naadi says Thursday’s explosion ripped apart the nearby village of Apiatse.

On Friday, 21st of January 2022 rescue workers were still searching through the rubble for victims, while the smell of dead bodies filled the air, he says. Many houses have been completely flattened, leaving at least 380 people without shelter.

This brings to mind what insurance could do. Insurance companies have designed a product called goods in transit policy. This policy covers or insurers will indemnify the Insured against accidental loss of or damage to the whole or part of the property insured which is in transit either by the owner or the carrier who is responsible resulting from

Transit means consignor’s premises (including carrying to any conveyance and loading thereon), continue with transportation to the consignee including temporary storage not exceeding 96 hours in the course of the journey ends when off-loaded and delivered at any building or place of storage at the consignee’s premises.

There are few exceptions which include; theft from an unattended vehicle, inherent vice or defect vermin insects damp mildew or rust chipping denting scratching or cracking, the dishonesty of any partner or a director or employee or servant of the Insured, detention, confiscation, or requisition by customs or other officials or authorities, breakdown of refrigeration equipment, wear and tear or gradual deterioration (including the gradual action of climatic or atmospheric conditions), Mechanical or electrical breakdown, failure, breakage or derangement of the insured property, loss of or damage to cash, bank, and currency notes, coins, bonds, coupons, stamps, negotiable instruments, title deeds, manuscripts or securities of any kind; property consigned to or from any place outside Ghana; Consequential loss of any kind, delay, loss of market, depreciation or changes brought about by natural causes.

Any loss directly or indirectly caused by or arising from or in consequence of or contributed to by ionizing, radiations or contamination by radioactivity from any nuclear fuel nuclear weapon material any consequence of war invasion act of foreign enemy hostilities, civil war, rebellion, revolution insurrection military or usurped power riot or civil commotion.

Below are also some special exclusions under the policy; loss or damage to any goods due to the use of hooks, defective packing, improper stowage into a container, leakage or spilling of any liquid or gas unless the carrying vehicle collides, overturns, or is involved in an accident.

Loss or damage to goods packed in plastic containers or jute bags or due to breakages under any circumstances such as bad roads unless the carrying vehicle collides, overturns, or is involved in an accident.

But my argument is in this conclusion; the goods in transit policy covers the goods themselves. What happens to the injury, death, or property damage that could result as a result of the goods to the general public? Does this call for compulsory insurance to cover the injury, death, or property damage the goods could cause to third parties or the general public? In order words, should the goods in transit policy be extended to cover public liability and should it be compulsory for all vehicles carrying especially hazardous goods to have this policy and the public liability extension?