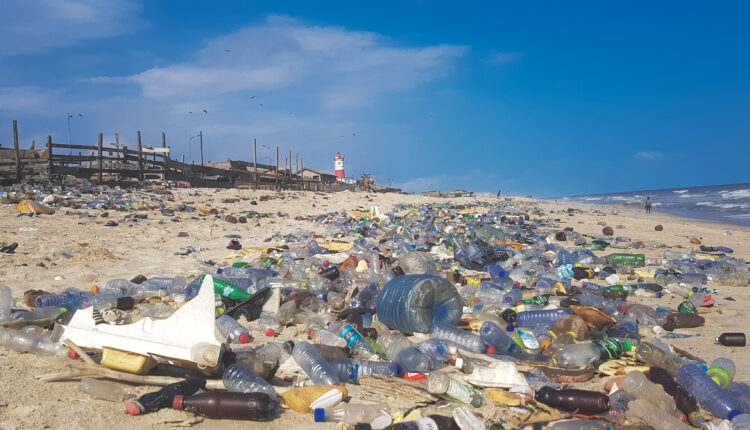 The International Chamber of Commerce (ICC) Ghana has suggested that the government compel sanitation offenders to pay for cleaning the environment instead of introducing new taxes and levies.

The Executive Secretary, Emmanuel Doni-Kwame, made the call in the wake of six taxes and levies introduced by the government in the 2021 budget.

The call is to enforce an existing Environmental Excise Tax of 10% to finance the recycling sector, especially on plastic waste.

The new taxes and levies include a Sanitation and Pollution Levy (SPL) of 10 pesewas on petroleum products.

Also, there is an Energy Sector Recovery Levy of 20 pesewas per litre on petrol/diesel.

The two are expected to push petroleum prices higher by 5.7 per cent.

However, the umbrella body for several Ghana businesses expects the government to provide more support than blanket taxes.

“I believe if the government focuses on providing businesses with stimulus packages and enforces our laws that get the polluter to pay for polluting, this will ensure responsible behaviour, encourage re-use, recycling and more green industries and jobs,” he told theghahareport.com.

“Any increment in petroleum prices directly or indirectly increases the cost of doing business and nullifies the benefits of the tax reliefs in the budget,” he added.

Why ICC is concerned about pollution and sanitation

The ICC recognises the impact of pollution, which consequently affects climate change and has rallied businesses worldwide to deal with such issues.

One major challenge of poor sanitation is perennial flooding, leading to the destruction of properties, including businesses and loss of life.

ICC’s recommendations to tackle sanitation include tree-planting and a ban on single-use plastic, such as sachet water & plastic bags for packaging and shopping.

At ICC’s Centenary Summit in May 2020, a Declaration was made, setting out a vision to shape the future of global business for the next century.

Just a day after the new introductions in the budget, environmental news outlet GH Environment reported pollution of a river with chemical waste by a Chinese company in Winneba.

They reported that the firm has on several occasions refused to halt production despite a warning from the Environmental Protection Agency (EPA) and Wildlife Division of the Forestry Commission in the Winneba Municipality.

The Queen Mother and Elders of the Bewadze community have expressed outrage about the ongoing destruction of the wetland, which they described as their primary livelihood source.

“When they started discharging their chemical waste into the wetland, we drew their attention to the harm they are causing to our livelihood, which includes the fishes being killed and the severe stench from the chemical waste, which poses a health hazard to all of us. But nothing was done about it, and they continue to do their work with impunity”, Nana Abena Adadoa, the Queen-mother of the Bewadze community, complained.

This is one of several companies causing pollution without sanctions or surcharging to clean up the waste.

The worse affected is the capital, where major roads are littered with waste.

Piles of rubbish are found in markets and lorry stations such as the Kaneshie Market and the Kwame Nkrumah Interchange area.

In the midst of all these, the government has renewed its promise of making Accra the cleanest city.

Data from the Accra Metropolitan Assembly indicates that the city generates more than 3,000 tonnes of waste, but about 2,700 tonnes is collected.

With less than a quarter of the city’s waste recycled, there is pressure on the various metropolitan and municipal authorities to find a lasting solution to the problem.

In 2019, the Ghana Plastic Manufacturers Association (GPMA) said the sum of an Environmental Excise Tax of 10% had accrued GH¢912 million.

The Association also appealed to the government to establish a Plastic Levy Fund Authority to mobilise sustainable financial resources to tackle plastic waste.