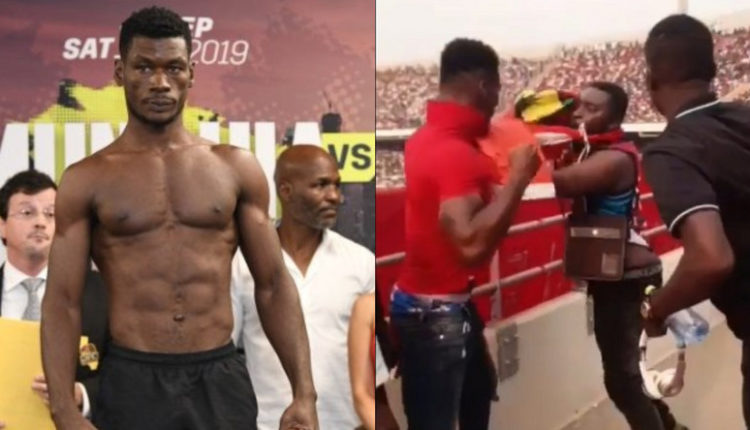 Ghanaian boxer, Patrick Allotey, has pleaded not guilty to charges of causing harm after beating a co-spectator following a misunderstanding during the Accra Hearts of Oak and  Asante Kotoko Premier League fixture at the Accra Sports Stadium in January.

He was captured in a viral video assaulting a fan, named Michael Siaw, during the super clash between Kumasi Asante Kotoko and Accra Hearts of Oak which has since received widespread condemnation.

In the video, Patrick was seen giving three quick stiff jabs to the face Siaw. This plunged him to the ground where he struggled to get back up.

At his first appearance in court, the defendant pleaded not guilty and has, however, been granted bail of GHC100,000 with three sureties.

The court has also seized his passport.

Meanwhile, the Ghana Boxing Authority (GBA) has banned him for six months as a result of misconduct after facing the Disciplinary Committee last Wednesday.