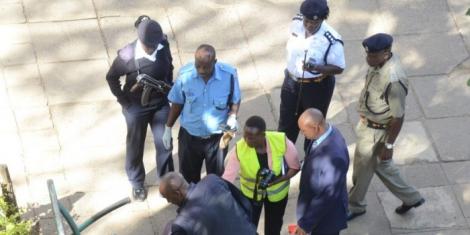 A 17-year-old Kenyan schoolboy has died from injuries sustained when he was attacked after sneaking into a girls’ school, police say.

The final-year secondary school student was among six students who had reportedly entered a neighbouring girls’ school in Kiambu county, which neighbours the capital Nairobi.

Police said the students entered a dormitory at around 04:00 local time before they were spotted by some of the girls who raised the alarm.

This reportedly attracted the attention of the school security, staff and the head teacher.

Five of the boys escaped, and police say the remaining one was confronted by angry students and members of the staff.

“Sadly, they descended on him causing him life threatening injuries. The boy later succumbed to his injuries,” the Directorate of Criminal Investigations (DCI) said in a tweet:

Crime scene detectives later visited the scene and said they recovered planks of wood suspected to have been used to beat the student.