A 29-year old woman in Adieso Amankrom in the Eastern region has been brutally assaulted by her boyfriend after quitting a cohabitation arrangement.

The Daily Guide has reported that Mary Ama Nyorkey left the house of Delalu Kwasi Atakpa, insisting she would only return after he had performed the marriage rites.

The 30-year old suspect later launched a bloody attack on his girlfriend, injuring her in the face and cuts on her body. 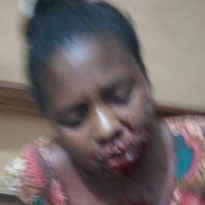 The police have declared the suspect wanted and are on a manhunt for him.

Daily Guide reported that the victim had been living with the suspect for several years. But often when the topic of marriage was broached the suspect would appear disinterested.

When a misunderstanding ensued recently, Mary Ama Nyorkey said, she left the house and moved in with her mother at Amaakrom near Adeiso in the Upper West Akim District of the Eastern region.

Delalu Kwasi Atakpa made several demands for her return but his girlfriend would not barge. She insisted on the performance of customary marriage rites as a condition for her return.

While outdoors, the suspect stalked the victim and pounced on her violently.