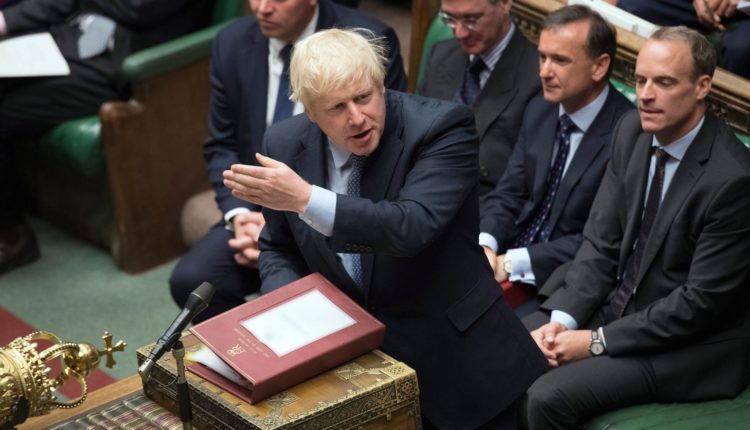 MPs have again rejected Boris Johnson’s calls for a snap election, as the five-week suspension of Parliament begins.

In all, 293 MPs voted for prime minister’s motion for an early poll, far short of the number needed.

Earlier, opposition MPs confirmed they would not support an October poll, insisting a law blocking a no-deal Brexit must be implemented first.

Parliament was officially suspended – or prorogued – just before 02:00 BST on Tuesday and will reopen on 14 October.

A group of Labour backbenchers protested against the move, appearing to try to block Speaker John Bercow amid raucous scenes in the House of Commons.

Signs saying “silenced” were held up by the group in front of Mr Bercow – who earlier announced his resignation – just as he was due to lead MPs in a procession to the House of Lords to mark the suspension of Parliament.

In a hectic day of political developments:

‘Strive to get an agreement’

At present, UK law states that the country will leave the EU on 31 October, regardless of whether a withdrawal deal has been agreed with Brussels or not.

But new legislation, which was granted royal assent on Monday, changes that, and will force the PM to seek a delay to 31 January 2020 unless a deal – or a no-deal exit – is approved by MPs by 19 October.

BBC political editor Laura Kuenssberg said although No 10 insisted it was not looking to break the new law, efforts were under way to examine ways of getting around it.

The prime minister said the government would use the time Parliament was suspended to press on with negotiating a deal with the EU, while “preparing to leave without one”.

“No matter how many devices this Parliament invents to tie my hands, I will strive to get an agreement in the national interest,” he said.

“This government will not delay Brexit any further.”