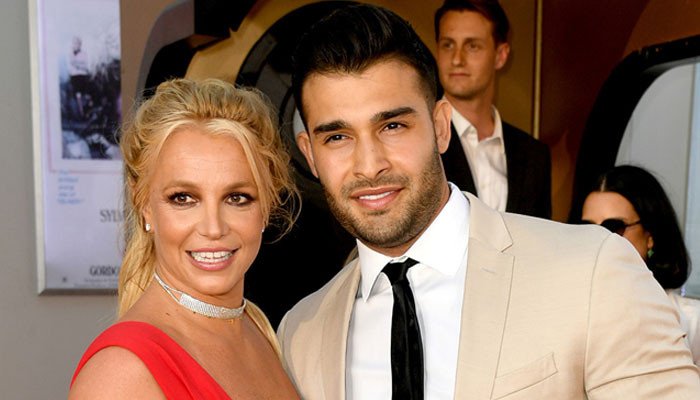 Britney Spears is looking toward her future with fiancé Sam Asghari.

A week after the 39-year-old singer was freed from her 13-year conservatorship, a source tells PEOPLE she has begun to prepare for her wedding.

“Britney is talking about what kind of wedding she’d like and has been considering venues,” the insider says.

The couple announced their engagement in September, after more than four years of dating.

Asghari popped the question on Sept. 12, just five days after the singer’s dad, Jamie Spears, filed a petition to end her 13-year-long conservatorship. (Jamie, 69, was later suspended as the conservator of his daughter’s estate on Sept. 29.)

Soon after the engagement news, a source close to the pop star told PEOPLE that she “wants to get married as soon as possible,” adding: “It will be a small wedding.”

Spears confirmed her engagement on Instagram, showing off her new bling, which Asghari’s manager Brandon Cohen said was designed by N.Y.C. jeweler and founder of Forever Diamonds Roman Malayev.

“I can’t f—ing believe it,” Spears captioned the video post.

The pair were first romantically linked after meeting on the set of Spears’ “Slumber Party” music video in 2016.

Last week, Asghari celebrated the end of Spears’ conservatorship on social media. Shortly after Los Angeles County judge Brenda Penny terminated the conservatorship, the actor-fitness enthusiast posted an image of the words “Freedom” to his Instagram.

“History was made today. Britney is Free!” he captioned the post.

Asghari has long been supportive of Spears’ wish to end her conservatorship. When her father was suspended from his role as her estate conservator in September after she fought for months to have him removed, he wrote on his Instagram Story, “Free Britney! Congratulations!!!!!!!!!”

In a bombshell June hearing, which marked the first time Spears spoke publicly against her conservatorship, she accused her father of abuse and said that she was being prevented from doing things she wanted to, like getting married and having more kids.

After the June hearing, a source told PEOPLE that “Sam has been Britney’s rock for years.”

“He makes sure that she eats well and works out,” the source said. “She leans on him for everything. He works and has his own life too, but is around as much as he can.”

“I have always wanted nothing but the best for my better half, and will continue to support her following her dreams and creating the future she wants and deserves,” he told PEOPLE in February. “I am thankful for all of the love and support she is receiving from her fans all over the world, and I am looking forward to a normal, amazing future together.”