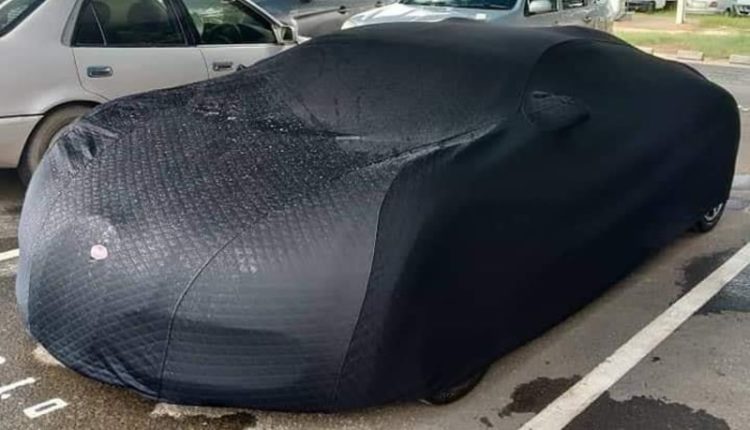 Authorities in Zambia have seized a Bugatti Veyron that was imported into the country on Monday, pending investigations into possible money laundering.

“The vehicle has since been seized as investigations are being conducted,” Zambia’s Drug Enforcement Commission said in a statement.

The state investigative wing said that they had received “numerous concerns” from the public.

“Following the concerns raised, the commission is making follow ups to ensure that the purchase of the motor vehicle is not in breach of any money laundering laws,” the statement said.

Since the car’s arrival on Monday, Bugatti has been the top trending topic on Twitter in Zambia with people commenting about and sharing pictures of the luxury car.

Reports say it is the first ever of its brand in the country.

The owner of the rare Bugatti, a Veyron, is not known, although industry experts estimate that it costs between $2m-$3m (£1.5m-£2.3m). 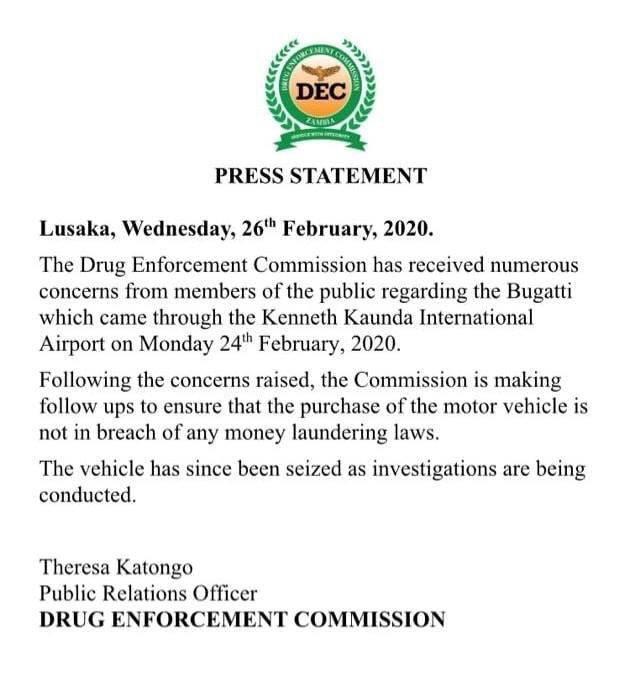 The car’s seizure has not gone down well on Twitter with some Zambians arguing that other stories of possible corruption and money laundering activities by government officials have not been investigated.