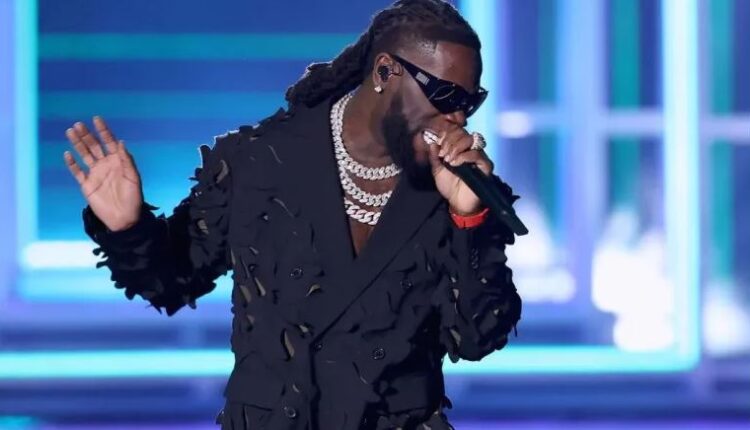 Grammy-winning Nigerian singer, Damini Ogulu, popularly known as Burna Boy, has made his debut performance at the Billboard Music Awards which was held in Las Vegas on Sunday night.

In his performance, Burna Boy sang his latest song, Last Last, and other hit songs like Kilometre.

Wearing a stylishly flayed black suit jacket and shorts, the Nigerian singer delivered his new single, the Toni Braxton-sampling “Last Last,” and the dub-flavored, laid-back single “Kilometre” from 2021. The Grammy winner confidently strutted and danced around the stage, giving a high-energy, upbeat finish to the BBMAs

Two days before his BBMAs performance, Burna Boy sat down with Billboard‘s Heran Mamo during the first-ever Billboard MusicCon in Las Vegas for a panel titled “The Explosion of Afro-Fusion.” Among other topics, he talked about first falling in love with the idea of performing while watching *NSYNC perform with Nelly at the 2002 Grammy Awards. Now, he’s a touring juggernaut, becoming the first Nigerian artist to headline (and sell out) Madison Square Garden in April. “It’s like I’m better at [performing] than making music. And that says a lot because I’m really good at making music,” Burna Boy said in his Billboard cover story. “You see how with Christ, there’s B.C. and A.D.? I feel like that’s how it is for me with performing. There’s going to be a ‘Before Burna Came’ and ‘After Burna’s Death’ time period in the performing arts world. That’s my legacy.”

Burna’s upcoming sixth album, Love, Damini, is set to come out on July 2 — not coincidentally, that’s the same day he turns 31. “I’m reflecting on everything — what I’m doing and what’s happening where I’m from. Where I’m from is a part of where I’m going,” he told Billboard of the album.