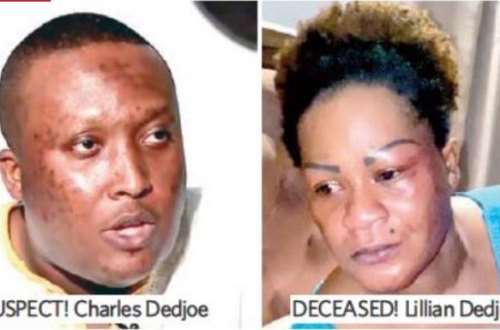 An Accra High Court has given the family of the late Lilian Dedjoe, who is believed to have been killed by her husband, the green light to bury the deceased.

The accused person, Prince Charles Dedjoe, a business executive, had dragged his wife’s family to court over an attempt to start the funeral processes of his late wife in his absence.

Mr Dedjoe wanted the court to order the family to stop all processes since he is still in police custody, awaiting the determination of his murder trial.

But the trial judge, Rebecca Sittie, in her ruling on Tuesday, June 15, said the family of the deceased had every right to bury late Lilian Dedjoe under customary law.

She also noted that she found the scale of inconvenience to lie heavily on the family if the deceased was not buried as planned.

“The authority of what to do with the corpse is vested absolutely in the wife’s family. It is the duty of the extended family to give the deceased a befitting burial as the plaintiff’s presence does not prove anything.

“The family can therefore go ahead with preparations to bury the deceased, the application is frivolous and is accordingly dismissed,” the judge delivered.

It, however, declined to award cost on the grounds that the deceased and the plaintiff (Charles Dedjoe) had kids.

Argument from both parties

Counsel for the accused person Captain Nkrabea Effah-Dartey failed to make oral submission due to what was believed to be his ill-health. Charles Ofori held brief in his stead.

In their statement of Prince Charles Dedjoe’s case, counsel insisted that his client’s wife’s family had caused him so much pain and bad publicity with unfounded accusations, including the claim that Prince Charles killed his wife.

Mr Dedjoe, therefore, thought that he owed his wife the duty to bury her – a duty that cannot be left to Lillian’s family. To bury his wife without his involvement would have been unfair, the accused’s counsel said.

Afua Brown-Eyeson, counsel for the deceased’s family, said per the law, the corpse is for the extended family and not the nuclear family the deceased formed with Prince Charles Dedjoe.

She pointed that the deceased was still in police custody and thus, the family would not be able to tell when or if the accused will be granted bail.

Brown-Eyeson considers it unfair to hold the family back on these grounds as they continue to endure hardship created by the loss of their loved one.

Counsel subsequently urged the court to dismiss the application and also award cost benefits to the family.

“At about 3:20 am on the said day, he rushed out from bed upon hearing his wife scream only to find her lying unconscious on their staircase”.