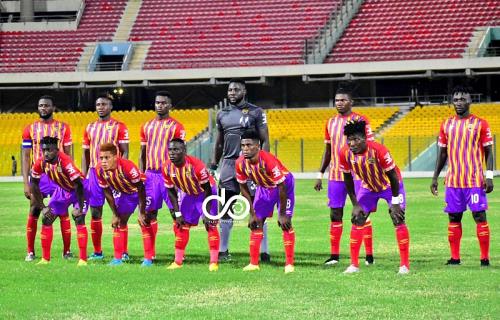 Hearts of Oak duo Raddy Ovouka and Caleb Amankwah have made the traveling squad to Morocco for the second leg of the preliminary round of the CAF Champions League game against Wydad Athletic Club.

The duo sustained injuries and Caleb was unavailable for the first leg against Wydad Athletic Club on Sunday at the Accra Sports Stadium.

Ovouka who started the game for The Phobians had to be substituted due to injury in the first half.

The two players have recovered in time to make the squad for the Morocco trip as the team leaves Accra on Thursday night.

The Ghana Premier League champions go into the second leg with a 1-0 advantage as the game comes off on Sunday.

Below is a full list of the squad for the game.