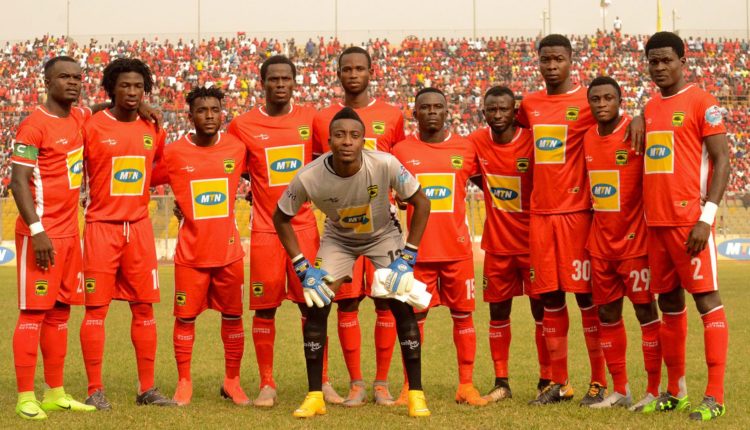 Asante Kotoko will feel confident of booking their place in the Caf Champions League group stage after an impressive performance earned them a 2-0 home win over Tunisia’s Etoile du Sahel in their playoff first leg clash on Sunday afternoon.

Augustine Okrah, who was making his first competitive start since rejoining Kotoko in July, put them ahead at the Baba Yara Stadium with a freekick in the 3rd minute before Richard Arthur doubled their advantage with a fine strike from close range 11 minutes after the break. Kotoko had several further chances to put the tie out of reach for Etoile but squandered it.

Etoile improved after conceding the second and asked questions of the Kotoko defence. They had a goal-bound effort cleared off the line by defender Agyemang-Badu in the 81st minute as Kotoko held on to their two-goal lead ahead of the second leg in Tunis on September 27.

The win is Kotoko’s first over Etoile after failing in four previous.

The winner of this tie will qualify for the group stage (money zone). Kotoko last featured in group stage of Caf Champions League in 2006