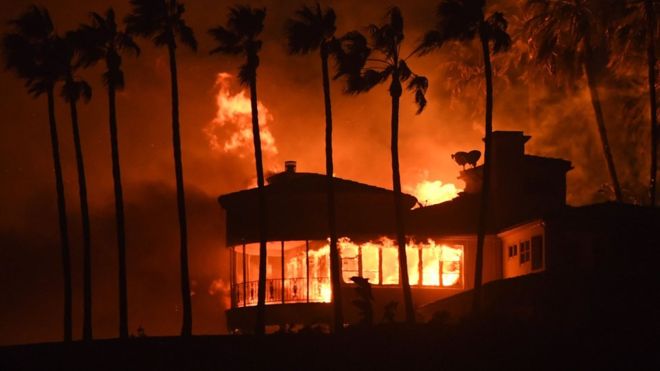 A raging wildfire in southern California has swept into the beach resort of Malibu – home to many Hollywood stars – leaving buildings burning and sending residents fleeing.

In all, three major fires are burning across the state.

Among the towns under evacuation orders is Thousand Oaks, where a gunman killed 12 people in a rampage on Wednesday.

Authorities say the Camp Fire in the north and the Woolsey Fire and Hill Fire in the south are being fanned by strong winds.

More than 250,000 people have been evacuated across the areas.

“The magnitude of the destruction of the fire is unbelievable and heartbreaking,” said Mark Ghilarducci, of the California governor’s office.