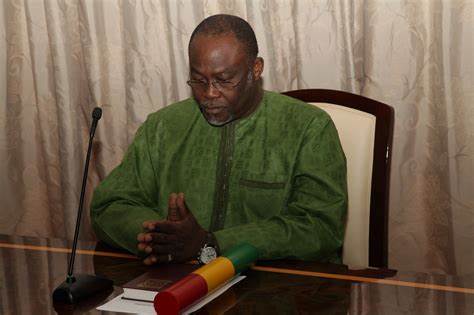 Calls On Spio Garbrah To Contest

The grapevine indicates that former Minister of State, Dr. Ekwow Spio-Garbrah has been swarmed by calls and appeals for him to contest in the presidential primaries of the opposition National Democratic Congress.

Dr. Spio-Garbrah was twice a candidate for president in internal party elections.

In his late sixties, the former minister is currently in private business and a key human resource material for his party. He was a member of the party’s 2020 manifesto committee which was chaired by Prof. Joshua Alabi.

Dr. Spio-Garbrah became a hot topic in Ghana following his nomination in the early 1990s to become a minister. The red flag was raised by a section of the polity, on the grounds that he was a non-registered Ghanaian voter at the time. President Rawlings then moved him to Washington DC as Ghana’s Ambassador to the United States.

After the 1996 elections, Dr. Spio-Garbrah was appointed Communications minister with former President John Dramani Mahama as his deputy. In the face of several agitations on the educational front, with the sector minister Mr. Harry Sawyerr nearing his retirement, President Rawlings needed a stabilizing force like the then outgoing minister for replacement and his choice was Dr. Spio-Garbrah. He became the education minister with Dr. Mohammed Ibn Chambas who later became Executive Secretary of Ecowas and Representative of the UN Secretary-General to the West and Sahel regions of Africa. John Dramani Mahama was elevated to a substantive position in the communications ministry in that ministerial reshuffle.

Dr. Spio-Garbrah saw to the establishment of the Ghana Education Trust Fund (GETFUND). 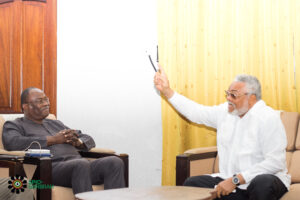 When President Rawlings left office in 2001, incidentally the NDC lost power with his exit, Dr. Spio-Garbrah went into quiet practice but operated in banking and communications circles as a consultant. It must be noted that he was the Executive Director of Communications at the Abidjan-based Africa Development Bank when he was called up into a ministerial role in Ghana. Time served in diplomacy saw him notch the all-important African Growth and Opportunities Act, AGOA, with the Government of the United States of America and other partners. This gave expanded access to the US market for African exports.

In the year 2000 elections, Dr. Spio-Garbrah, representing the NDC, was empaneled with Prof. Mike Aaron Ocquaye of the NPP and Dr. Sulley Gariba of the PNC at the studios of the Ghana Broadcasting Corporation to discuss the election figures and trends of that epic political season.  Prof. Ocquaye later became Speaker of Ghana’s Parliament while the late Dr. Sulley Gariba became a Policy Advisor and High Commissioner to Canada at different stages of the John Mahama administration.

During the period of President John Evans Atta Mills, Dr. Spio-Garbrah was made a board member of Anglogold-Ashanti.

In President J. A Kufour’s reign, the government endorsed his candidature to become the Chief Executive of the Commonwealth Telecommunications Organisation which sent him to London.

Among several roles to his name was his appointment as Trade and Industry Minister in the government led by John Dramani Mahama and a much earlier responsibility for the Ministry of Mines and Energy. The consummate politician and international public servant is a former Chief Executive of the Christian Action Faith Ministries led by Archbishop Nicholas Duncan-Williams with several branches around the globe and millions of Christian faithful as members.  His effective organization and educational acumen earned him one of his current call-ups to become the Chairman of the Ga Mantse Educational Committee. He is also working closely with South Africa’s Reuben September, as an advisor to a fiber optic cable project that seeks to connect the west and east coasts of Africa with undersea cables to upscale the digital content of the African continent. 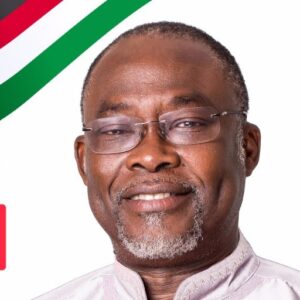 Dr. Spio-Garbrah has not made any public declarations as a presidential hopeful going into the 2024 polls but aides to the communication and management guru, are of the view that traffic is directed at him to throw a hat in the ring. His fans and a section of the public have always held Dr. Spio-Garbrah as a straightforward person who demands accountability on stewardship.  Deep throat information has it that the former CEO of Commonwealth Telecommunications Organisation is one who looks out for feedback on assignments and has wonderful human relations that are latent to those who have not come closer to him. He is very articulate, a master tactician, and cut for international discourse.

Dr. Spio-Garbrah is a Fanti who hails from the Cape Coast in the Central region of Ghana. Among the schools he attended are the famous Achimota School and the University of Ghana, Legon.

Former President John Dramani Mahama is predicted to contest while a former Minister of Finance, Dr. Kwabena Duffour has declared his bid for the high office on NDC’s ticket. Another open declaration has come from the former Mayor of Kumasi, Mr. Kojo Bonsu.