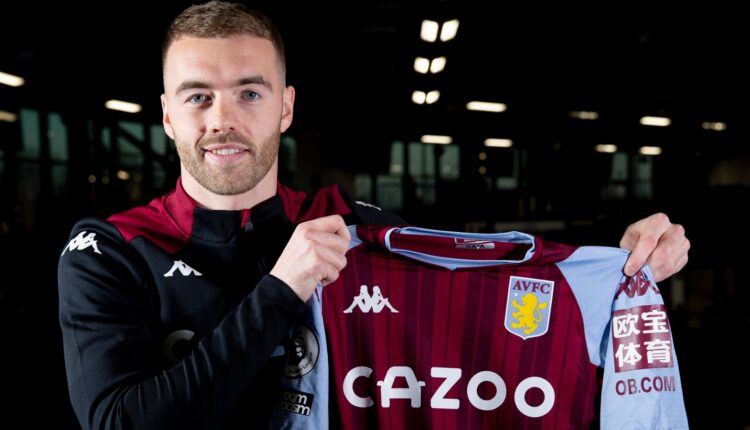 Aston Villa have confirmed the signing of Calum Chambers from Arsenal on a three-and-a-half year deal.

Chambers joined the Gunners in 2014 after impressing with Southampton and made over 100 appearances in all competitions for the north London side, though he never established himself as a core member of their starting XI.

Opportunities have been tougher to come by this season for the 27-year-old, who has played just five games this term, scoring in the Carabao Cup victory over Leeds.

He joins a Villa side currently 11th in the Premier League and boosts a squad which has already had significant investment over the past year or so.

Chambers told Villa’s website: “It’s a massive club and they’re in a great moment at this moment in time.

“It’s a very exciting place to be and everyone can see that from the outside. Things are happening here and it’s definitely moving in the right direction.

“For me, it was a no-brainer to join a great club. It was the right thing for me to do.”

Arsenal thanked Chambers for his service to the club, with their statement adding: “We wish Calum all the best for the next chapter in his career and thank him for his contribution to Arsenal over the past eight seasons.”

Jack Grealish was sold in the summer, allowing Villa to bring in the likes of Emiliano Buendia, Danny Ings and Leon Bailey among others. This month, they successfully poached Lucas Digne from Everton for around £25m.