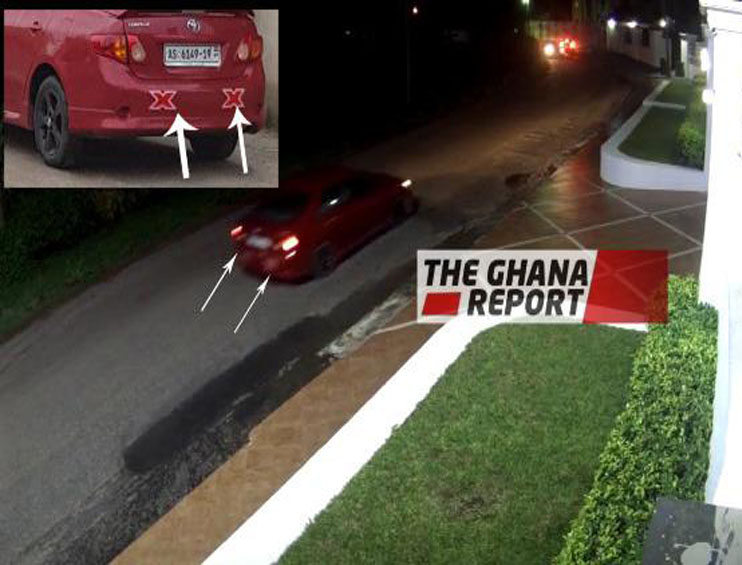 Theghanareport.com has intercepted a video showing how the two Canadian girls were kidnapped at their Ahudzo hostel in the Ashanti Region.

The Ghana Report can confirm that the one minute forty-six seconds CCTV footage after a thorough study revealed matching details that were used by the National Security Operatives amongst other ground intelligence gathered for further investigation leading to the arrests.

The footage, most of which were captured by National Security cameras determined the make, model and other matching details of the car after enhancements and analysis by the Operatives.

THE VIDEO
It shows the Uber which was occupied by the girls drive by to drop them. But just a few meters behind them is another car (red Toyota Corolla S) with registration number AS 6149-19.

It has been established that the corolla followed them until they got to their destination, the hostel, kidnapped them amidst gun shots and quickly drove away.

The Cctv again captures the kidnappers Car (same red corolla S) as it drives away after a successful operation of kidnapping the Canadian girls.

One of the girls sustained minor injuries after she struggled to open the rear door of the speeding car to escape.

Meanwhile, owner of the vehicle that was used by the kidnappers has been part of suspects who were rounded up during Wednesday morning’s operation by the National Security to rescue the girls.

Stay on theghanareport.com for more.