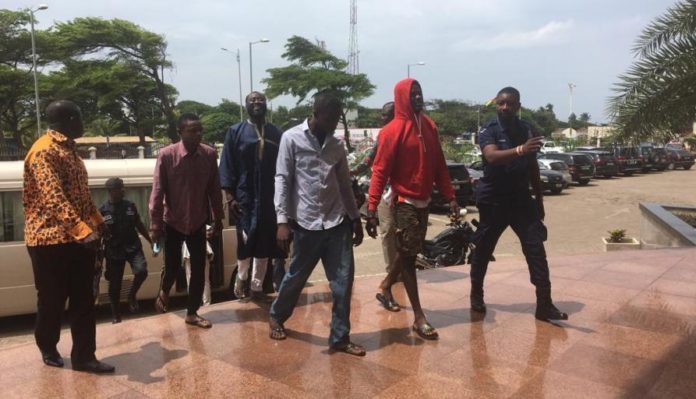 The Accra High Court has granted bail in the sum of GH₵200,000 each with two sureties to four of the eight accused persons standing trial for the kidnapping of the two Canadians in Kumasi.

Graphic Online’s Emmanuel Ebo Hawkson reports that as part of the bail condition, one of the sureties must be justified while Abdul Nasir, Seidu Abubakari aka NBA, Safianu Abubakari and Abdul Rahman Suleiman aka Worfa must also report to the Kumasi Central Police Station every Monday.

The four were granted bail by the court, presided over by Justice George Buadi, following a bail application by their lawyers.

The rest of the accused persons are Sampson Aghalor, aka Romeo, Elvis Ojiyorwe and Jeff Omarsar, Yusif Yakubu.

They have been accused of playing various roles in the kidnapping of Miss Lauren Patricia Catherine Tiley and Miss Bailey Jordan Chilly, who were in Kumasi to participate in a youth programme on June 4, 2019.