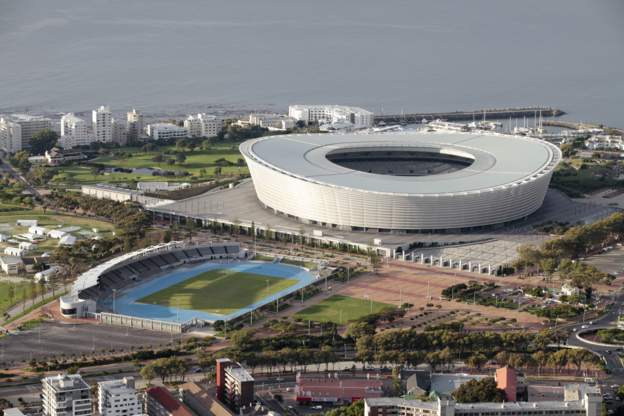 Three construction firms in South Africa accused of inflating the cost of building a stadium in Cape Town for the 2010 football World Cup have agreed to pay the city’s authorities nearly $6m (£4.8m).

In an out-of-court settlement, WBHO, Stefanutti Stocks and Aveng Africa will pay the City of Cape Town $1.9m each over the next three years.

The companies were accused of colluding to raise prices during the construction of Greenpoint Stadium, which began in 2007.

An end to the legal battle will be a relief to the authorities as the 62,000-seater stadium has been a thorn in their side for many years.

The stadium that was estimated to cost $370m ballooned to $600m in total. It has never turned a profit, and operational costs are subsidised by Cape Town rate payers to the tune of more than $4m a year.

The facility has recently been taken over by the local rugby team, and has been renamed The DHL Stadium.

Local activist Sandra Dickson hopes the move will reduce costs for Cape Town residents: “The new tenants are wished well in their new home and the hope is that this drain of public funds will finally end.”

Five brand new stadiums at a cost of $1.8bn were built for the 2010 World Cup, and almost all are struggling to generate enough revenue to sustain themselves.

A similar trend continued four years later in Brazil, where many purpose-built stadiums became white elephants after the 2014 World Cup.

According to the South African government, the 2010 tournament is estimated to have cost the hosts more than $3bn.