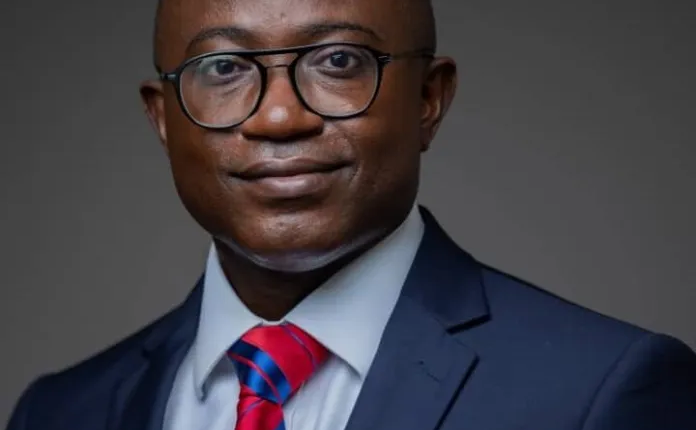 Acting Head of Markets at Absa Bank, Jacob Brobbey, has described the Bank of Ghana’s decision to increase the capital reserve ratio (CRR) to 12 percent as timely in stemming the local currency’s descent in second quarter of the year.

The central bank, in March, announced an upward adjustment of the ratio by 4 percentage points to 12 percent, surpassing the pre-pandemic level of 10 percent, effective April 1.

The CRR is a fraction of commercial banks’ total deposits which are kept in their accounts with the central bank. It serves as a buffer – particularly in the event of large-scale, sudden withdrawals by customers – as well as a monetary policy tool to control the amount of cash in the system.

Speaking during a recently-held UPSA Law School Quarterly Banking Roundtable, which had as its focus Monetary Policy, Central Bank Leadership and Stability of the Cedi, Mr. Brobbey suggested that the move proved a stroke of genius on the part of the central bank – as a number of factors, including dividend payments and repatriations, were bound to exert more pressure on the cedi and induce further decline.

“A great positive from the move by the BoG was that – at the time in the first quarter – the cedi had been perhaps the worst-performing currency across the globe, except the Russian ruble. But since the introduction of this measure, particularly in April, the currency gained against its major trading partner and has seen improved stability compared to just before,” he explained.

This is consistent with projections by a number of analysts, including those at asset management firm Databank. In its ‘1Q22 Ghana Markets Review & Outlook for 2Q22’ report, Databank projected that the tighter local currency liquidity condition will curb forex demand and slow the cedi’s depreciation, as well as make a modest correction in the exchange rate in quarter-two.

Official figures indicate that the cedi declined against its major counterpart – the US dollar – by 15.6 percent in quarter one. This was a significant deterioration compared to the entire year of 2021 at 3.93 percent. The cedi further declined by 3 percent in April; slower than it had in previous months.

On the flip-side, the reserve ratio had a number of direct implications on the banking sector as approximately GH¢4.9billion – which could have been used by universal banks to underwrite credit or invest – was withdrawn from the system into the central bank’s coffers.

This, Mr. Brobbey said, was largely responsible for the 5 percent decline in the industry’s cumulative investment – from GH¢88.5billion to GH¢83.9billion between April and May. In addition, the tighter liquidity conditions were priced into the benchmark Ghana Reference Rate (GRR), which stands at 20.8 percent for June.

Offering expectations for the cedi’s direction relative to other currencies, the Absa Head of Trade said he foresees a ‘moderate’ decline for the rest of the year – as the introduction of a US$1billion facility by the fiscal authority and arrival of the cocoa syndicated loan later in the year are countered by a further increase in economic activity.

“In terms of the massive FX depreciation, I would say we are probably out of the woods for now. I still see it depreciating moderately till end of the year, due to elevated economic activity as opposed to at the height of the pandemic,” he stated.

As an additional layer of support for the cedi, he recommended a review of the Foreign Exchange Act 2006, arguing that some of its provisions might not be fit for purpose as it’s been more than a decade.

Of particular note, he said, the current framework with minimal requirements for the ownership of a foreign exchange account is far from ideal.

“For instance, it makes room for Ghanaians whether into business or not to be able to own a foreign exchange account… There is a school of thought that believes this contributes in the large numbers we see in banks’ balance sheets as foreign currency liabilities. It is something that we should look at,” he emphasised.

The event was moderated by Robert Dzato, Member, Chartered Institute of Bankers, Ghana.