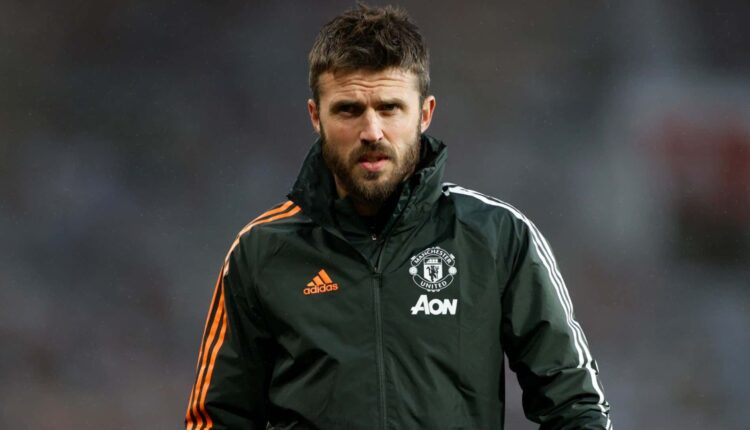 The former Red Devils midfielder, who was assistant to the ousted coach at Old Trafford, has been placed in interim charge.

Michael Carrick is prepared to be interim manager of Manchester United for as long as required with the former midfielder stepping in following the dismissal of Ole Gunnar Solskjaer.

The Red Devils have taken decisive action following an inconsistent start to the 2021-22 campaign that has left them off the Premier League title pace and relying on regular moments of dramatic brilliance from Cristiano Ronaldo in the Champions League.

No permanent replacement for Solskjaer has been lined up as yet, amid links to Mauricio Pochettino and Zinedine Zidane, with Carrick happy to fill until a long-term appointment is made.

What has been said?

Carrick told reporters of his plans heading into the clash with Villarreal on Tuesday: “My mindset is preparing the team for tomorrow. Give it my best.

“The club has been my life for an awful long time. I’m prepared to do it for however long it takes, whether it’s one game, two games, or a little stretch longer than that. Right now, I’m not too sure. That’s not something that’s on my mind.”

Pressed further on how long he could remain at the helm, the 40-year-old ex-England international said: “First and foremost it has been literally a day, 24 hours. The game is not much further away.

“All I have been thinking about is the game. Not looked past that, big game on the weekend but we will address whenever we need to.

“As long as club want me I will give my best. To be honest that is not something for me to get involved in right now.

“I can’t look past tomorrow night. Other people involved in picking what is next, I can’t discuss that.”

Carrick added on Solskjaer: “It’s an emotional time for everyone at the club. I worked with Ole for three years and known him for a lot longer. To see him lose his job was tough for me and a lot of people at the club.

“I think you can tell from the emotion yesterday what he meant to everyone. Results are everything as much as you build the right environment you don’t get what you deserve. A massive thank you from us all.”

He went on to say of his approaching to coaching, which will be put to the test on Spanish soil when United look to move a step closer to the last-16 of the Champions League: “We’ll have to wait and see.

“I’ve worked closely with Ole for a long time, and we do have similar beliefs. We did as players and we do as coaches and managers.

“Of course I’ve got my own personality. I’m not giving too much away. I’m very clear in my own mind what we want to do, how we want to play, how we go about it, and I’m looking forward to seeing that on the pitch.”