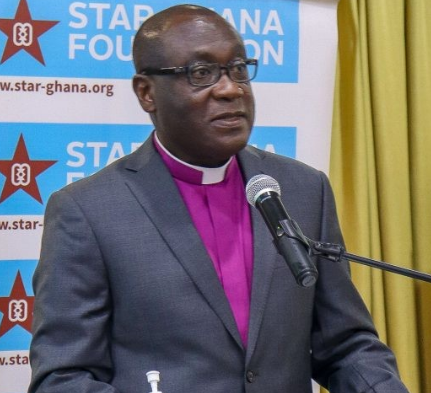 “Nobody gains from protracted conflicts. I am not sure anybody involved in the conflict is happy that children are not in school, the sick cannot access health service, movement of goods and people have been restricted and freedoms curtailed,” Rev Dr Adu-Gyamfi stated in his address at the 2022 International Peace Day press conference in Accra.

“Let us confront the realities of the times and move on for the sake of our children and the future of Ghana,” he said.

“It must be said that building sustainable peace is a process which requires the efforts of both state and non-state actors and a daily renewal of the commitment to peace and love for our common humanity.”

He urged Ghanaians to continually commit to the process to enhance sustainable peace in Ghana.

The event was organised by the NPC in collaboration with the United Nations (UN) in Ghana.

The International Day of Peace was established in 1981 by the UN General Assembly to commemorate and strengthen the ideals of peace both within and among all nations and peoples as a period of non-violence and cease-fire.

The Global theme for this year’s commemoration is “End Racism. Build Peace”.

The NPC, in seeking to harness Ghana’s existing inter-ethnic and inter-religious ties and to promote tolerance, unity and a more inclusive society, domesticated the theme to read: “Managing Ethnic Diversity in Ghana for Sustainable Peace”.

Rev Dr Adu-Gyamfi said Ghana was a multi-ethnic, multi-religious, multi-lingual, and multi-cultural society; and that there were more than seventy ethnic groups in Ghana, who, regardless of their differences, had coexisted in an environment of tolerance of divergent views, and acceptance of differences.

Article 35(5) of the 1992 constitution states that “the state shall actively promote the integration of the peoples of Ghana and prohibits discrimination and prejudice on the grounds of place of origin, circumstances of birth, ethnic origin, gender or religion, creed or other beliefs”.

He said managing ethnic diversities for sustainable peace, requires hard work from both the government and citizens.

He said Peace was possible, and that life was better in a peaceful world.

“Let us, therefore, put aside our ethnic and tribal sentiments and see Ghana as the only nation we have as a people and seek to sustain Ghana as a united nation.”

He called on Ghanaians, institutions of state and civil society to join forces to remove barriers to the realization of a just, fair, open, and inclusive society for all the people.

Mr Albert Kwabena Dwumfour, President, Ghana Journalists Association (GJA), appealed to the Peace Council, the Police Service and institutions of peace to collaborate with the GJA in building the capacity of journalists on security issues to ensure lasting peace in our communities and country.

He also called on the Interior Ministry to always update the media on the state of insecurity of the country to enable the media and the citizenry to work towards creating the enabling environment for peace to reign.

Mr Charles Abani, the United Nations Resident Coordinator in Ghana, said in terms of peace, Ghana was a crown jewel in the sub-region; adding that Ghana’s peace architecture was a model for other countries to emulate.

The event was attended by members of the Queen Mothers Foundation Ghana and students from Labone Senior High School and Accra High School.