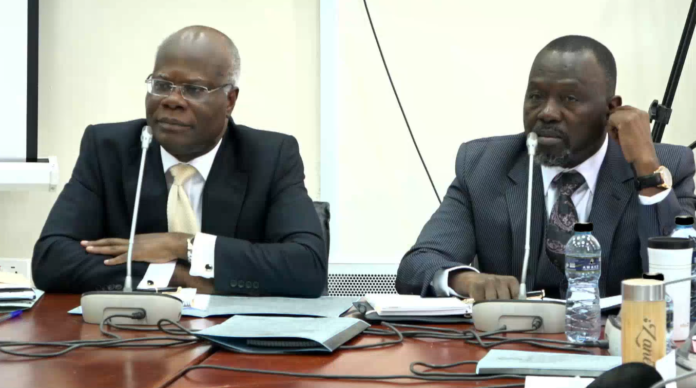 The Ad-hoc committee constituted to probe the censure motion against the Finance Minister, Ken Ofori-Atta will lay its report to the plenary on Tuesday, November 22, 2022.

This follows its conclusion of a public hearing into allegations leveled as the basis for the censure motion against the Finance Minister last Friday.

Co-Chair of the committee, Dr. Dominic Ayine who disclosed this said; “We will apply to the Speaker for an extension of time to be able to file our report and the purpose of the report will simply be to continue the debate on the motion for the vote of censure and the report will be laid in Parliament hopefully on Tuesday.”

At least 18 documents were submitted for consideration by the committee as part of the evidence in the minority’s censure motion case.

The Minority had provided seven grounds based on which they argued that the sector minister was not fit to continue in his role as the manager of the economy, but the committee dropped two out of the seven charges against him.

The Minority explained that the decision was based on the “alarming incompetence resulting in the collapse of the Ghanaian economy” and some ethical breaches..

The committee was given seven days by the Speaker to probe the censure of motion.

The Committee set up by the Speaker of Parliament, the Rt.Hon.Alban Bagbin, is jointly chaired by Dominic Ayine and K.T Hammond.