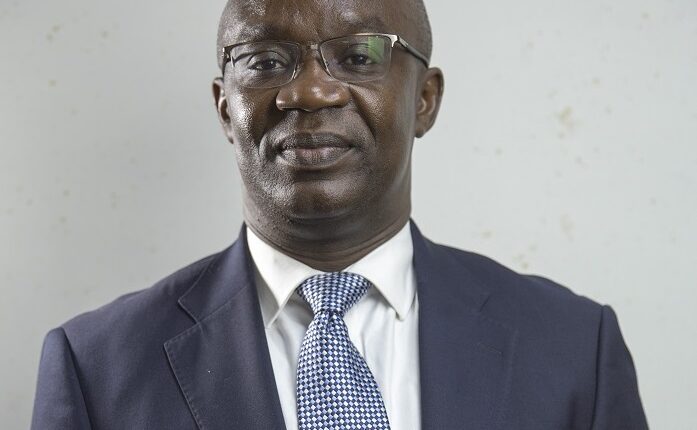 Members of the Institute of Chartered Accountants have been urged to take an active role in Ghana’s Public Finance Administration to ensure accountability and better management of public finances.

A Fellow in Public Financial Management and Corporate Governance with the Center for Democratic Development (CDD-Ghana) Dr. Valentine Mensah made the call during a zoom presentation organized by the Accra West District of the Institute of Chartered Accountants.

However, critical issues surrounding public finances, allegations of corruption and misappropriation of funds have been made year-in-year-out, the tension between the Auditor General and the Executive have all arisen in the country, yet the Institute of Chartered Accountants has neither been consulted nor have they been heard proffering solutions on these critical matters.

This Dr. Mensah insists is unacceptable. Buttressing the comment by the current Auditor-General, Daniel Domelevo that accountants in Ghana indirectly condone corruption with their silence, the CDD Fellow said there must be a call to action for accountants to be active players in Ghana’s public finance administration rather than passive observers of corruption in the public space.

In a presentation that captured the history of auditing in Ghana, mandate, independence, successes, and challenges of the office of the Auditor-General, Dr. Mensah said “without public accountability, we cannot secure good governance.”

According to Dr. Mensah, Ghana’s Auditing system was introduced in 1910 by the British colonial government under the “no taxation without representation” rule. Under that rule, he said, the British monarch appointed the Auditor General, adding, most of the provisions were still kept in the 1954 Constitution of the Gold Coast until 1960 when it was reviewed partly to have the president appoint the Auditor General but with the majority approval from Parliament.

“In 1968 there was the need to make Auditor General (AG) more independent so a clause was introduced where no one can instruct the AG,” he said, adding, this has led to a rift between the Board Chair of the Audit Service (after it was introduced in 1969).

Dr. Mensah said the last and most significant review of the Audit Service Act was the introduction of “surcharge and disallowance” in 1969 which has since barely been implemented efficiently.

The Audit Consultant said Ghana’s Financial Accountability measures are not working as required because of the deficit in the accountability triangle between the Executive and Legislative arms on one hand and the office of the Auditor-General on the other.

“If there is a backlog of AG report or the report are questionable or not effective if Public Accounts Committee of Parliament fails to debate the accounts by the Auditor General on time, if there is a missing link in this triangle there is a failure,” Dr. Mensah said, insisting the “AG must provide the assurance to the people through Parliament that money is being spent wisely.”

Chronicling some of the challenges with the Office of the AG, Dr. Mensah mentioned the issue of appointment which indirectly affects the independence of the office, rifts between the Board and the office of the AG, genuine financial constraints with its attendant manpower ceilings. He, however, commended the current Auditor General for attempting to execute the portion on disallowance and surcharge as well as making the role of Auditor General even more significant at least in the eyes of the public.

Two other discussants, Isaac Charles Acquah a Consultant as well as Dr. Joe France, also shed light on the limited role by Parliament in ensuring better accountability by public officers.

Acquah said even though the independence of the AG is enshrined by law the occupant of the office must also show some character to keep up with the dictates of the office.

Participants were, however, divided over the proceed-on- leave instruction to the Auditor General by the president.

While some said the timing of the instruction was wrong and created a perception that the president wanted to shield the senior minister who was under investigation at the time, Acquah said the Auditor General should have played his cards well.

“If you occupy a position for which a certain right has been given, you have to conduct your affairs in a manner not to give the wrong impression; be mindful of your utterances and stay within the purview of your mandate,” Acquah insisted.

The members, however, agreed in unison that ICA Ghana has a greater role to play in public finance administration.

“We need to identify with and improve the lives of all citizens; if we want to make our role relevant, we must stand up and make our voices heard,” one of them said.

The presentation ceremony was chaired by  Dinah Yarboi, President of the Accra West District of the Institute of Chartered Accountants with over 60 members monitoring as well.