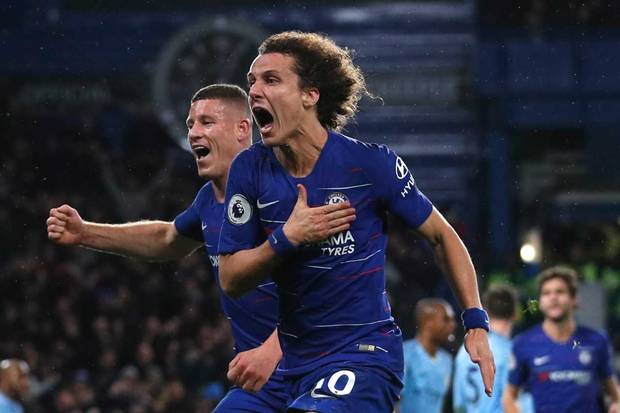 Chelsea inflicted Manchester City’s first Premier League defeat of the season as the champions were knocked off the top of the table by Liverpool.

Maurizio Sarri’s side bounced back from the disappointment of losing at Wolves in midweek to end City’s 21-game unbeaten league run stretching back to April, and a sequence of 14 unbeaten games away from home.

City paid for a lack of ruthlessness as they dominated the first half completely, only to be struck by a Chelsea smash-and-grab right on half-time as N’Golo Kante fired high past Ederson from Eden Hazard’s pass.

Chelsea gained confidence and momentum and improved after the break, securing the win with 12 minutes left when David Luiz’s glancing header following a corner bounced in off the far post.

They closed out the win to give Sarri his first triumph over Pep Guardiola and leave Liverpool top by one point following their convincing 4-0 win at Bournemouth earlier.

CAF backs Gianni Infantino ahead of next year’s FIFA elections