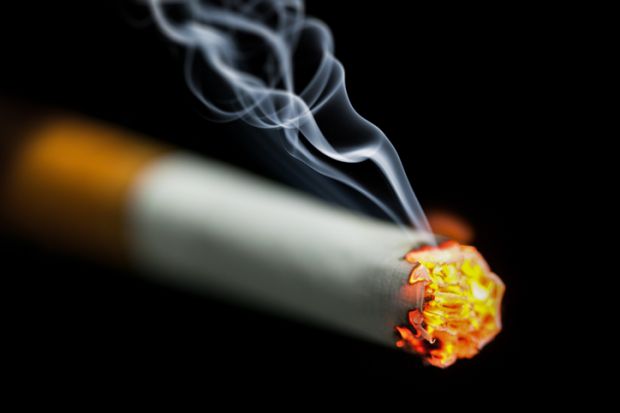 Cigarettes contain poisonous chemicals such as ammonia which is used to boost the impact of nicotine in them.

Notwithstanding these facts, cigarette manufacturers asserted that cigarette is safe to smoke.

In 1967, the then US Surgeon, General William Stewart, stated that the hazards of smoking had “gone beyond the probable to the point of demonstrated fact” and in 1976, F. Byrd, President of the American Cancer Society stated that cigarettes should be regarded as ‘unique’ among legal consumer products in that they posed a health hazard even if used “properly and prudently”.

The weight of evidence linking cigarette smoking with coronary heart disease and with pulmonary illness such as lung cancer and emphysema now appears to be an almost universally accepted and noncontroversial view.

More than half of all smokers in the 1940s up until the mid-1980s were deceived to believe that smoking did not cause heart attacks; they also did not know that it caused most lung cancers.

Maintaining this ignorance has cost the tobacco industry hundreds of millions of dollars worth of advertisements in public relations.

The tobacco industry has successfully used celebrity advertising to promote consumption by the youth by playing on emotions, without providing objective information for the consumer (youth) to use effectively in evaluating the product.

Studies from social learning theory conclude that children acquire behavioural scripts through observation of the behaviour of parents, peers and those with whom they identify and admire.

That leads them to select certain clothing, music, hairstyle and adopt certain habits such as smoking.

A research at the Cardio-Vascular Department of the Korle Bu Teaching Hospital of 50 respondents in 2015 by the author confirmed that the minimum age at which respondents became smokers was 16, among 38 of respondents (76 per cent).

That figure represents respondents of over 50 years.

Thirty-five respondents (70 per cent) frequently saw actors smoking when they watched movies. Thus, the prevalence of tobacco use was smaller in 13 to 24 year-olds and 35 to 59 year-olds.

However, those with health problems associated with smoking are men in the ages of 54 to 70 and above because there were no public health interventions when they acquired the habit of smoking.

The study showed that most respondents were lured into taking up smoking as a habit by cigarette companies when they made false claims about the quality of cigarettes in an effort to promote sales.

Results from the 2003 study on Global Ageing and Adult Health (SAGE) in Ghana confirmed this by showing the persistence of smoking into older ages; where 6.8 per cent of the population of 80 plus years were current smokers.

John R M, Mamudu HM, Liber AC have also confirmed this in 2012 in “Socio-economic implications of tobacco use in Ghana”.

Cigarette manufacturers knew of the poisonous chemicals in cigarettes and they encouraged smokers by advertisements to switch to filtered cigarettes in the 1950s and 1960s and to lower tar cigarettes in the 1970s. These design changes made cigarettes more attractive to smokers, thereby, discouraging smoking cessation.

Financial responsibility for product injuries suffered by consumers is assigned to the manufacturer with the help of products liability through the Tort law; thus, if smoking causes injury to smokers, cigarette companies should be liable because in efforts to promote sales, they made affirmations that smoking would not harm a smoker.

Since the seller has a moral duty to provide a product that can be used safely for the purposes for which the consumer relying on the seller’s judgement has been led to believe it can be used, but has proven not to be the case, then the seller shall be liable for injuries sustained by the consumer when using the product.

If a tobacco company warranted that smoking cigarettes would not harm a smoker as they did in Ghana until the mid 1980s, if smoking has caused injury to smokers, the tobacco company is liable for such injury.

The safety of the product is determinative of a manufacturer’s liability once causation is established.

Will a global circular economy help or hurt Africa?