The Chief Justice Anin Yeboah is set to probe allegations of bribery against a Supreme Court judge by the Asawase Legislator Mubarak Muntaka, the Judicial Service has said.

The decision comes days after the Asawase MP had suggested that a Supreme Court judge had called to convince a Member of Parliament to vote for the New Patriotic Party Speaker nominee,Prof Mike Ocquaye, to win the contest.

The MP, who doubles as the Chief Whip of the NDC Caucus in Parliament, also mentioned that he would back his claim with evidence if the need arose.

The accusation, the Judicial Service said was of grave concern and would be given the needed attention.

A statement signed by the Judicial Secretary Pamela Addo said:

“The general public is hereby assured that the Chief Justice considers this allegation of impropriety a matter of grave import to the integrity of the Judiciary.

“The Hon. Chief Justice is therefore-taking steps to solicit the assistance of Mohammed-Mubarak Muntaka MP, to establish the facts in order that the matter can be dealt with appropriately,” it said. 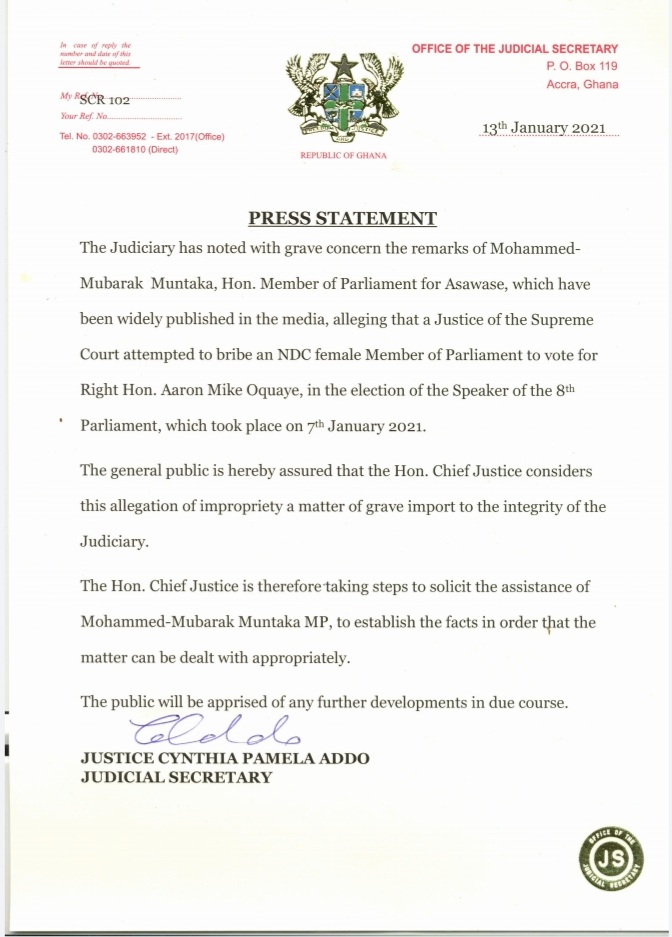