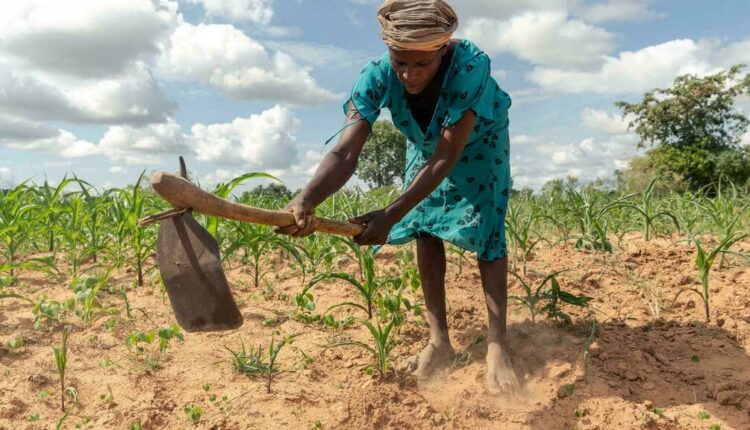 Senior Advisor to the African Union High Representative on AU-EU relations, Faten Aggad has urged wealthy nations to be more accountable to African countries if it is to rebuild trust on fighting climate change.

Speaking on the fourth episode of the African Climate Foundation’s (ACF) podcast series titled Africa Voices: Messages for the COP, she observed that some of the globe’s worst emitters are using “creative accounting” techniques to give a false impression to Africans that they are meeting their financial pledges on climate financing.

The Glasgow Climate Pact was announced afterwards to reiterate commitment to accelerate action on the climate crisis but the deal raised questions about whether it is bold enough to limit global warming to 1.5 degrees Celsius over pre-industrial levels.

UN Secretary-General Antonio Guterres said the pact was “an important step but it is not enough.”

Reviewing the conference, Faten Aggad noted that expectations going into COP26 were high and the talks and negotiations were “always going to be very difficult.”

She highlighted commitments to coal, climate financing, adaptation funds and said “the real test will be how they will be applied in practice.”

In an earlier test set in 2009 in Paris, wealthy countries, among the big emitters of carbon dioxide, had pledged $100bn between 2020 and 2025 to help low-emitting countries, largely in developing countries, to fight climate change which has seen food-endangering weather patterns.

The target was not met. Ahead of the conference, African negotiators called for a different system of tracking climate financing.

The senior advisor on international negotiations said financial data from Organisation for Economic Cooperation and Development (OCED) presented during COP26 “were openly questioned by African negotiators’ ‘ who are becoming “nervous” about the level of accountability and transparency of wealthy nations.

The policy and governance expert noted that the same creative accounting is going on in vaccine financing where wealthy countries claim to have made certain amounts of money to WTO but in reality “a lot of questions can be raised.”

“Trust is built on the basis of transparency and accountability,” the Algerian-born expert said and urged wealthy countries to start rebuilding trust with African countries.

She also explained the cautiousness and seemingly lack of political will of western countries in making pledges on fighting climate change. She noted that “the reality of international negotiations is always driven by domestic considerations and that is what has played out at the COP.”

Giving an example she said although the Netherlands has indicated a desire to divest from fossil fuel, the reality is that the country is not ready for that. “There are too many interests at play.”

She pointed to Royal Shell’s decision to relocate its headquarters from the Netherlands to the UK, a decision which the economic affairs and climate minister has said has implications for jobs and investment decisions.

She noted that Shell’s decision is an example of how domestic issues can shackle governments and countries from making bold statements on climate change.

As Africa hosts the next COP in 2022, Aggad said it is a “golden opportunity” which the continent should not miss to push for progress on key issues around climate change such as adaptation financing, transfer of technology, economic transition. “Africans need to have an agenda and lobby for it”, the pan-Africanist said.