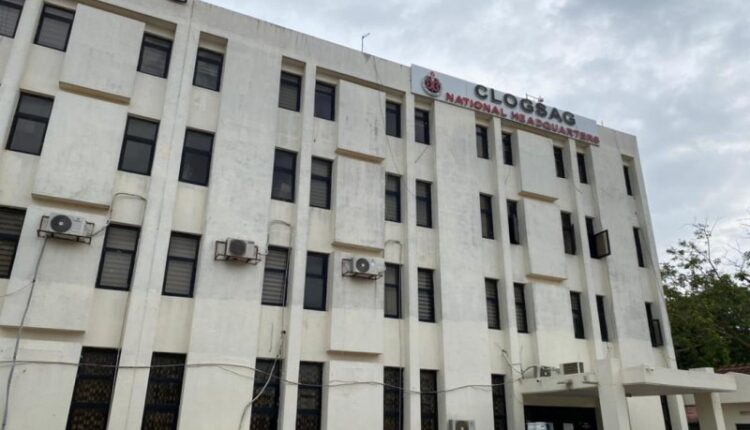 CLOGSAG pulls out of May Day celebration with TUC

The Civil and Local Government Staff Association of Ghana (CLOGSAG) says it will not join the Trades Union Congress (TUC) to mark this year’s May Day.

The Association said that decision had become necessary because the TUC had not been “truthful” with Ghanaian workers in its engagement with the government regarding their conditions of service.

Addressing a news conference in Accra, on Tuesday, the Executive Secretary of CLOGSAG, Mr Isaac Bampoe Addo, said the Association would mark the Day independently across all 16 regions of the country.

He said: “CLOGSAG regrets that due to the recent unfortunate developments on the labour front, we are unable to collaborate with the Trades Union Congress (Ghana) in the celebration of this year’s May Day.”

Mr Addo also disassociated CLOGSAG from the TUC’s call for a nationwide strike should the government fail to heed to labour’s demand for improved conditions of service.

Last week, the TUC said it would declare a nationwide strike if the government failed to peg the national minimum wage for workers at the inflation level.

Mr Addo said CLOGSAG was not a party to such “decisions and disassociate itself from such threats.”

He explained that the threat of a nationwide strike by the Congress contradicted some sections of March 1, 2022, Kwahu Declaration, which called for an “Improved co-ordination between FWSC and the Ministry of Finance and all other relevant agencies to determine clearly annual wage baskets allowed for negotiations.”

“This means there is a limit to the quantum of money for negotiation and this will be determined between FWSC and Ministry of Finance.

“The declaration was signed by the TUC on the blind side if other unions. The TUC is throwing dust into the eyes of workers,” Mr Addo alleged.

He said, as a registered union, it had the right to bargain for its members on its own terms, saying: “This has been the focus of CLOGSAG in channeling its activities for the common good of its members.”

CLOGSAG has been on strike since Thursday, April 21, 2022, demanding, among other things, the immediate payment of their neutrality allowance.

Giving an update on the almost a week old strike, Mr Addo said the Association would continue with its industrial action until all issues raised were addressed.

He explained that the neutrality allowance was only a minute part of a broader conditions of service the Association was demanding from the government.

He said, so far, the National Labour Commission had asked the Finance Ministry to come out with payment plan, adding that the leadership would meet the Ministry on Wednesday, April 27, 2022, to find a lasting solution to the impasse.

He assured its members of the leadership’s commitment to ensure that they received what they were entitled.