Police in Paraguay have found a record 2.3 tonnes of cocaine hidden among a charcoal shipment destined for Israel.

They said the drugs had an estimated street value of $500m (£383m). It is the largest drugs seizure police have made in the South American country.

The cocaine was found in a container at Terport, a private port in the city of Villeta, near the capital, Asunción.

Two people have been detained, one of them a former director of a state TV channel.

The police said the cocaine, neatly packed into parcels, was found in one of six containers. The five remaining containers are still to be searched and police did not rule out that they, too, could contain drugs. 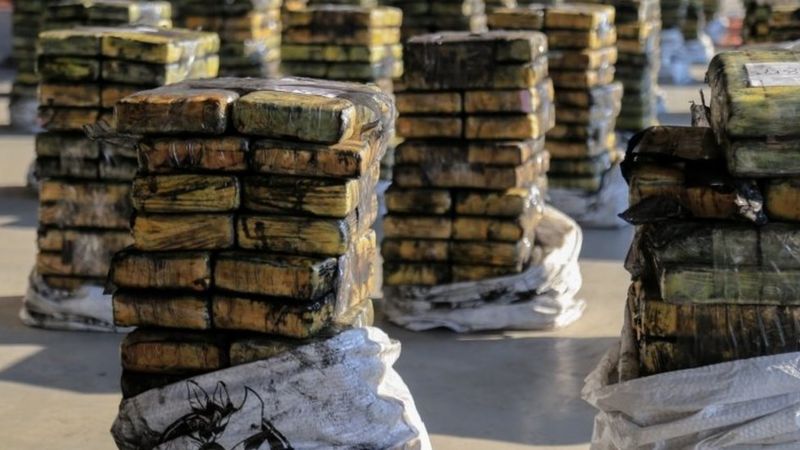 While the containers’ final destination was marked as Israel, the shipment was due to make stops in the Argentine capital, Buenos Aires, and in the Belgian city of Antwerp, Mr Acevedo said.

A tip-off from Belgium reportedly alerted Paraguayan police to the drugs shipment in the first place.

Paraguayan counter-narcotics officials think the cocaine was brought to Paraguay by air from Bolivia, the world’s third biggest producer of the drug.

Paraguay has been a key transit country for drugs for years. Some of Brazil’s most notorious criminal gangs, such as First Capital Command (PCC), have expanded across the border into Paraguay.

Paraguay’s previous biggest cocaine haul was seized in February 2019 and weighed 2.2 tonnes. That time, the drugs were hidden in a vehicle in the northern Concepción region.