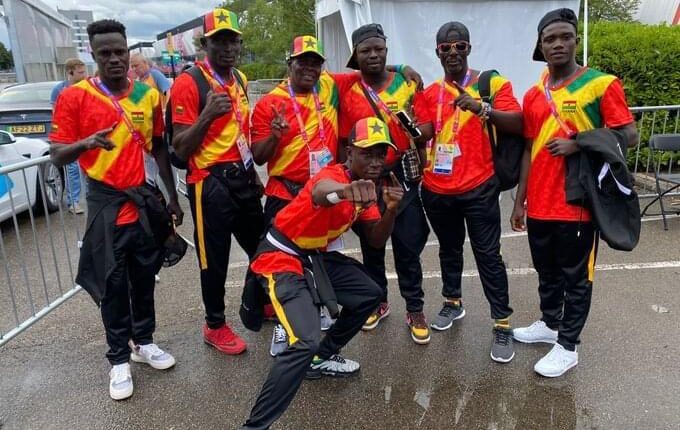 Commonwealth Games 2022: See the schedule of the Black Bombers

Light heavyweight boxer Samed will face Mauritius’ Luc Jean Rosalba in a Round of 32 tie while 2014 Commonwealth Games bronze medalist Omar faces Jamie Devine of Isle of Man in a light welterweight clash in a Round of 32 contest.

Ornella on the other hand will slug it out with Kerry Davis of England in a women’s middleweight contest at the Round of 16 stage.

Reacting to the draw, Kwasi Ofori Asare, trainer of the national amateur boxing team, said he was pleased with the pairings and expected his team to sail through to the next phase of the competition.

Coach Asare explained that the team were in good shape to face any opponent that comes their way.

“It is not going to be easy but I am pleased with the pairings because the team is in good shape ahead of the tournament,” Coach Asare told Graphic Online.

“The three fighters opening the competition are well-prepared and waiting to give a good account of themselves on Friday.”

Meanwhile, middleweight Abubakar Quartey will face Nigeria’s Adeyinka Benson in a Round of 16 tie on July 31 with 2018 bronze medalist Jessie Lartey against Englishman Harris Akbar Mohammed in a light middleweight tie on August 2.

Welterweight Alfred Kotey to slug it out with Rohit Tokas of Indonesia on August 2 and Joseph Commey to engage Betero Aaree of Kiribati on July 30.

At bantamweight, Abraham Mensah will fight the winner of Kenya’s Hassan Shaffi Bakari and Rukmal Prasanna of Sri Lanka in a Round of 16 clash on August 2.