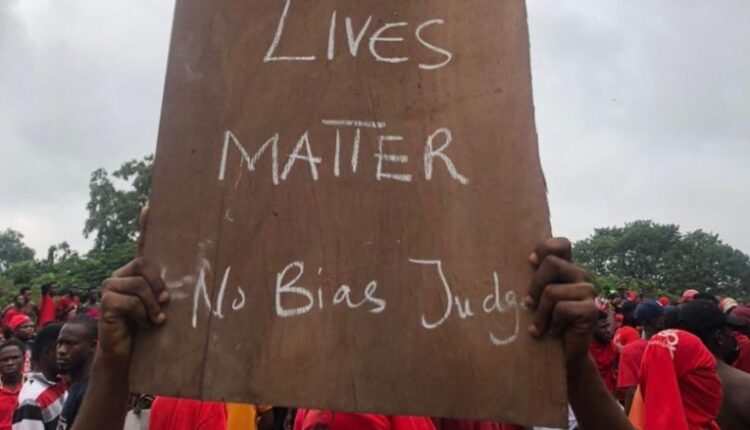 Residents of the Commonwealth Hall of the University of Ghana (UG) have demanded the reinstatement of the Hall Master and Senior Tutor over recent clashes with Mensah Sarbarh Hall residents.

The agitated students, clad in red attires, massed up at the forecourt of the all-male hall on Tuesday morning to register their displeasure following management’s decision to suspend the two.

They were seen holding placards with inscriptions like “no evidence found, but judgment passed”, “bring back our hall master and senior tutor”, as they chanted to drum home their message.

Management of the school came to this conclusion following the clash between the Vandals and the Mensah Sarbah Hall, which occurred on August 5.

They blamed the two hall officials for supposedly being reluctant to fish out the students responsible for the scuffle which led to the destruction of property on campus.

“These officers should, therefore, in the interim, be relieved of their duties while management works with the security services to investigate the clashes, and works towards finding lasting solutions to the tensions between students of the two halls,” Management said.

The decision was taken by the University Council at its meeting over the disturbance held on Thursday, August 11.

Also, the council has surcharged the Hall for the cost of damages incurred during the clash.

In that regard, the council stated that “no events organised by students should be held for the remainder of the 2021/2022 academic year without the express approval of the Dean of Student Affairs”.

Students who are offered places in halls of residence would be made to sign undertakings to be of good behaviour.

A statement signed by the Registrar of UG, Emelia Agyei-Mensah said the university was in the process of implementing the decisions of the Council and is providing assistance to the Ghana Police Service in their investigations to identify the perpetrators of the August 5 clash.

Meanwhile, police presence has also increased at the university following the clash. 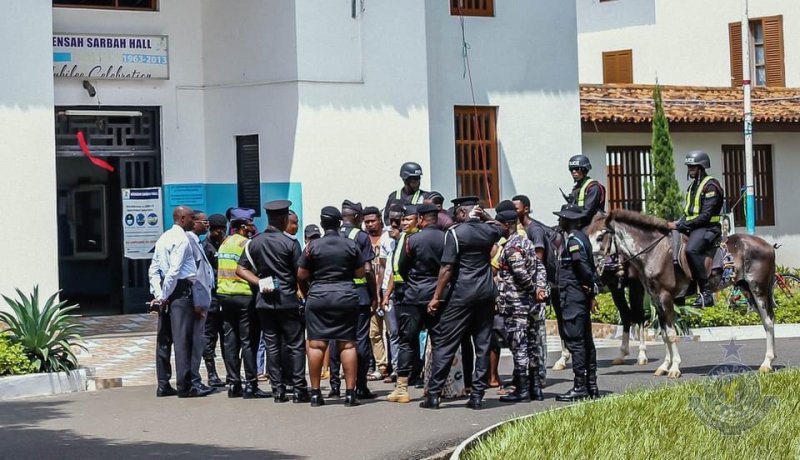 The presence of the personnel stationed at the main gate and halls is to ensure that calm is restored on campus for academic work to proceed without interruptions.

It is unclear what caused the clash on Friday night (5 August 2022), but reports suggest that a resident of Sarbah Hall was beaten up and his phone taken away during the ‘Sarbahfest’ celebration.

The beaten Viking is said to have returned to his hall of residence to report the incident. His colleagues then followed him to the Commonwealth Hall and a fight ensued.

A vehicle at the Mensah Sarbah Hall car park was set ablaze in the midst of the confusion. 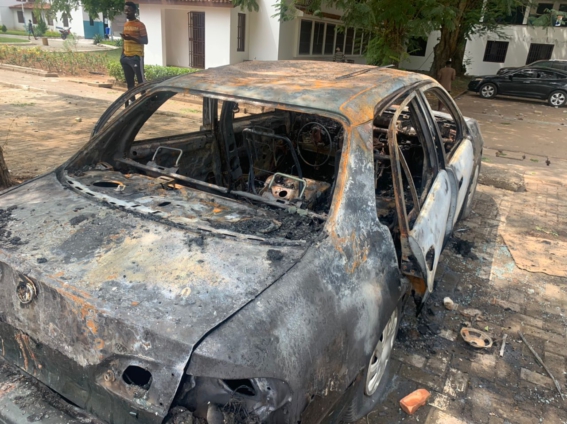 The SRC union building sign board and newly renovated SRC notice board were also destroyed. 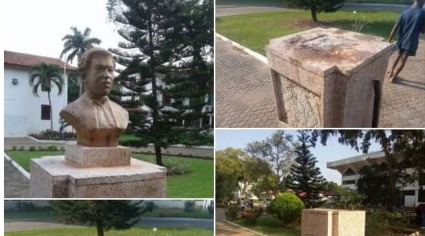 Meanwhile, some students have been picked up by the Legon Police in connection with the clash.

A statement expressing its disappointment said efforts are in place to identify the perpetrators of the needless acts of violence that led to injuries and destruction of property.

It added that those found culpable of flouting the university’s rules and regulations will be appropriately sanctioned.

“Management assures the university community of its resolve to ensure that academic work and other activities proceed without hindrance, and of its commitment to safeguarding peace and stability on all campuses of the university,” the statement added.