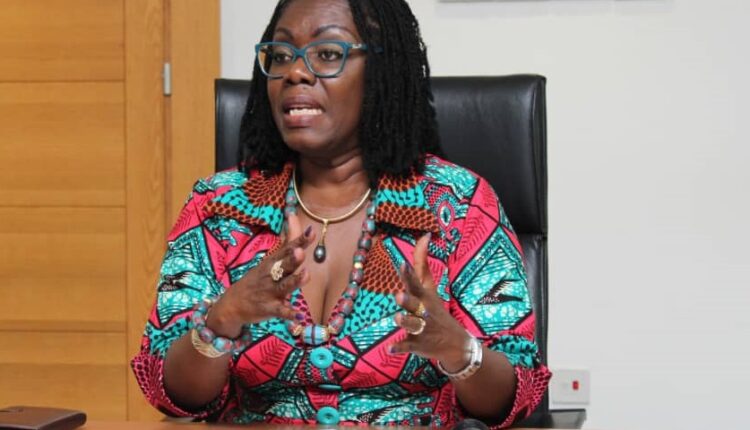 The Minister of Communications and Digitalisation, Mrs. Ursula Owusu-Ekuful, has launched the National Digital Academy (NDA) with a call on the youth to embrace digital opportunities to build their skills.

An initiative of Smart Africa, a digital think tank, the NDA under the Smart Africa Digital Academy (SADA), is financed by the World Bank, is to train the youth with digital skills to address the skills gap in the sector.

The Academy would also build the capacity of senior government officials and policymakers with digital skills for effective decision-making.

Mrs. Owusu-Ekuful who made the call in Accra yesterday said digital technology had taken centre stage in the current Fourth Industrial Revolution.

He said job avenues globally were tilting towards digital technology and it was, therefore, imperative for the youth to pursue skills that become marketable on the job market.

For instance, she said it was estimated that about 230 million digital skills jobs would be created by 2030, and the youth needed to position themselves to take advantage of the job opportunities in the digital market.

The minister said the government was committed to promoting a digital economy to enhance transparency and efficiency in the delivery of public service.

She said the state would derive a lot of benefits from digitalization and adoption of technology, and reduce the delay and inefficiency associated with accessing public service.

Mrs. Owusu-Ekuful commended Smart Africa for the NDA to develop digital capacities in the digital industry in Africa.

The Chief Executive Officer of Smart Africa, Mr.  Lacina Kone said digital skills development was more than ever at the heart of Africa’s current and future socio-economic development in Africa, particularly in Ghana.

He said Smart Africa decided to launch the NDA in Ghana in view of the commitment of the government to promote a digital economy and the huge investment the state had made in the sector.

“Ghana is one of the most active countries of the Smart Africa Alliance and has been instrumental in advancing digital skills of its citizens. Today, we are launching SADA-Ghana, a platform that aims to bridge the critical digital skills gap in the country to support Ghana’s digital ecosystem to create an enabling environment around policymaking,” Mr Kone said.

He said Smart Africa would partner with the Ministry of Communications and Digitalisation to conduct executive training on digital economy for senior government officials.

“In our mission to transform Africa into a single digital market, we must value the skills and capacity development of our people to achieve a knowledge-based transformation of the continent,” he said.

The World Bank Country Director, Pierre Larporte in his remarks said digital technology and skills would play a critical role in the development of the Ghanaian economy.

“As the country strives to rebuild from the effects of the COVID-19, digital skills and adoption of technology and delivering government business will go a long way to revamp the economy,” he said.