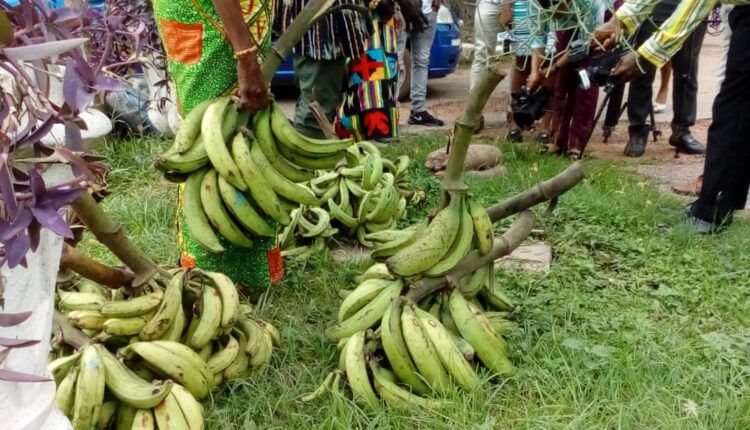 Concerned Farmers Association of Ghana on Inconsistencies of Food Prices

The above headline is in sync with dynamics on the food production front, with respect to Ghana. There will be clarity by the time you finish reading the full text.

If you ever travelled to Rome and had time to visit the Food and Agricultural Organization, FAO, you probably might have seen on the walls, a food atlas depicting a global food sufficiency table. It is worthy of note, that as of 2014, Ghana was found in same bracket with wealthy nations in North America and the United Arab Emirates.

Two other African nations within the privileged scope were Gabon and South Africa. They were determined by the United Nations to be food sufficient. You may recall that at the height of the famine in Niger in 2010/11, Ghana channelled some food produce to the distressed country via the World Food Programme, WFP.

Their badges are not happenstances but represented some hard work.

A flurry of local interventions with international support had maintained Ghana on same or higher wavelength, such that hunger and extreme poverty she was able to strike from the list of Millennium Development Goals as having achieved the threshold earlier than projections.

There has not been any let up in the momentum which had enforcement by the Government’s Planting for Food and Jobs and other allied programmes, with a growth that recorded exports to some neighbouring countries.

The smite of COVID 19 juggled up the variables and unsynchronized the system, in a manner that held all factors unequally.

In post-COVID, that is from 2021, fuel prices shot up and this appears to be the running denominator of the total matrix. Food prices experienced a sharp increase, from the imbalances and Ghana has not been spared the harsh reality.

A pressure group, the Concerned Farmers Association of Ghana is now speaking about matters arising in the food market. At a news conference in Accra, its spokesman Nana Oboaadee Boateng Bonsu, nicknamed “Farmer General” advanced what he termed as the actual facts in the market. Without reference to factors that telescope into the final prices of food, he noted with examples that five tubers of yam and a huge bunch of plantain cost ten cedis at rural farm gates. He was shocked about the cut throat prices when farm produce ends up on urban markets, indicating that just a tuber of yam could cost ten cedis or more in the cities.

Analyzing the matter, the Concerned Farmers Association of Ghana reckoned the sudden sharp increase in prices are adjustments by middlemen. The latter were accused of reaping supernormal profits to the detriment of consumers.

The media however pinned the unprecedented inflation affecting food and other consumables on recent astronomical increases in fuel prices, blamed on extraneous factors by government. On the issue of middlemen and traders also in business to make profits, the Concerned Farmers described their recent tendency on the incidence of “profiteering”.

Oboaadee Boateng Bonsu, (farmer general), intimated that government will by the end of 2022, introduce truck system where trucks go to farm gates in hinterlands to directly cart farm produce to marketing centres. This might not eliminate go-betweens completely but it will help stem artificial inflation in the food sector, he stressed.

Analysts are urging government to speed up industrialization process of Ghana to reduce food wastage. This also drives internal consumption and exports.

Refrigerated warehousing system could also be of help in storage and preservation of perishable foods. The long forgotten case of the defunct Ghana Food Distribution Corporation, GFDC, came to the fore as one that could have held the levers of the food chain in favour of the consumer.

The argument then becomes, are the recent price increases in food, capricious or realistic?