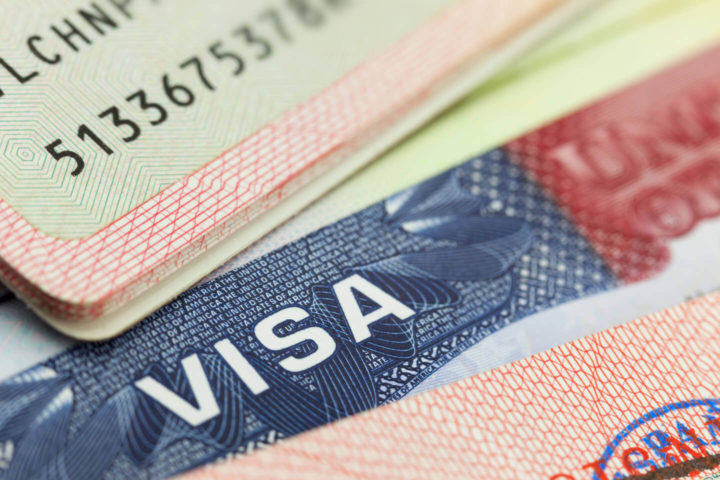 Confusion over which Ministry issues visas

The issue of which Ministry has the responsibility to issue visas in the country came up for discussion during last week’s sitting of Parliament, with some members expressing divergent views.

The discussion revealed what was described as confusion amongst the members on the issuance of visas.

Speaking on the matter, the Member of Parliament (MP) for Asokwa, Kobina Tahir Hammond, held that he was confused as to which Ministry had the powers to issue visas, citing it was not the first time that issue had come up.

He described as continued rancour between the Ministry of the Interior and the Ministry of Foreign Affairs over the issuance of visas. He could not fathom why there should be “that fight” between those two sectors.

Recalling various decisions the House had taken in that regard, KT Hammond stressed that it was not in the remit of the Foreign Affairs Ministry to issue that.

He added that after agreements have been approved and rectifications given by Parliament, “when it comes to the issuance and giving of the waiver, it ceases to be the responsibility of the Foreign Affairs. They shouldn’t pretend to be the Ministry responsible for the giving of waivers. They can’t do it. It is not their job.”

According to the MP for Banda Constituency in the Bono Region, Ahmed Ibrahim, the House enacted the Immigration Service Act, which gave powers to it to issue visas.

Meanwhile, the First Deputy Speaker, Joseph Osei-Owusu, who was in the chair, commenting to the argument by the Deputy Minority Chief Whip, Ahmed Ibrahim, said his interpretation of that Act was wrong.

“A bilateral agreement is what will give rise the issuance or otherwise of visas. So, the Immigration Act will come into play after Parliament has adopted a resolution determining which country we would have exemptions or other arrangements with…,” he added.

He said that by law, the Immigration Service reserved the right to issue passports.

Contributing to the debate, the MP for Talensi, Tongo Benson Baba, said that by law, it is the Immigration Service that is suppose issue visas.

He said it was important that the law was looked at to see if the Immigration Service was being allowed to do what the law permits it to do.

In seconding a motion for the approval of the rectification of the visa waiver, the MP for North Tongu, Samuel Okudzeto Ablakwa, indicated that it was a good move.

He explained that the waiver covered those with diplomatic passports and not ordinary ones, and called for measures to cover all.

He concluded on the delay in seeking approval on such agreements, citing India and Iran, he lamented that Ghana could not continue that way. Ghana signed the agreement with India and Iran about six years ago.

He blamed the previous government for its inability to give approval, and urged the Foreign Ministry of subsequent governments not to follow same.

After debating the report by the Foreign Affairs Committee, chaired by the MP for Nsawam-Adoagyiri, Frank Annor-Dompreh, the House adopted the bilateral agreements for the waiver of visa requirements for holders of diplomatic and service/office passports.

This arrangement is between the Government of Ghana and the republics of Hungary, Equatorial Guinea, India, Iran and Morocco.

A Deputy Foreign Affairs Minister, Mohammad Habib Tijani, who was on the floor, assured the Third Deputy Speaker, Alban S.K. Bagbin, who had taken over from the Second Deputy Speaker, that he had taken note of the concerns raised.