As part of measures to prevent the spread of the deadly coronavirus and maintain the social distancing rule, the Ashaiman municipality has announced the closure of two markets.

The two markets, Ashaiman Central market and the Mandela market, would remain closed for the next two weeks.

The Ashaiman Municipal Assembly, in a statement, explained that “the markets were closed down because all attempts to control the daily population in the markets have proved futile.”

It added, “Attempts by the executives of the markets to regulate the number of market women selling in the markets on a daily basis have also failed.”

It further disclosed that Ashaiman has been identified as one of the hotspots for the novel COVID-19 in the country.

Meanwhile, alternative arrangement has been made by the assembly to open seven satellite markets in the municipality.

Find below the statement to that effect 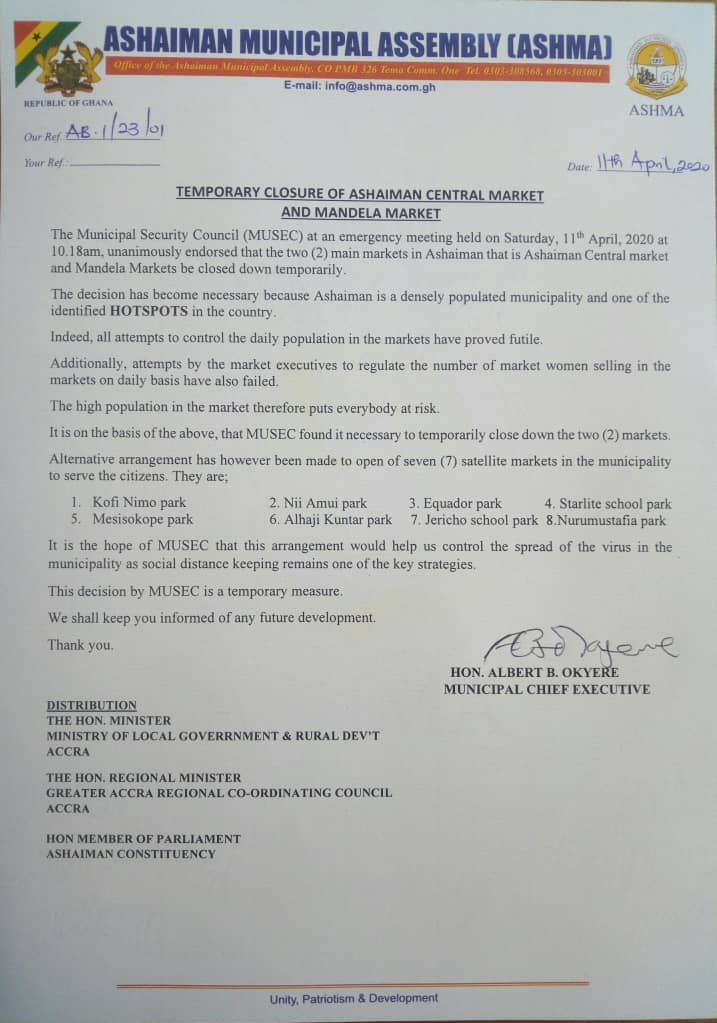