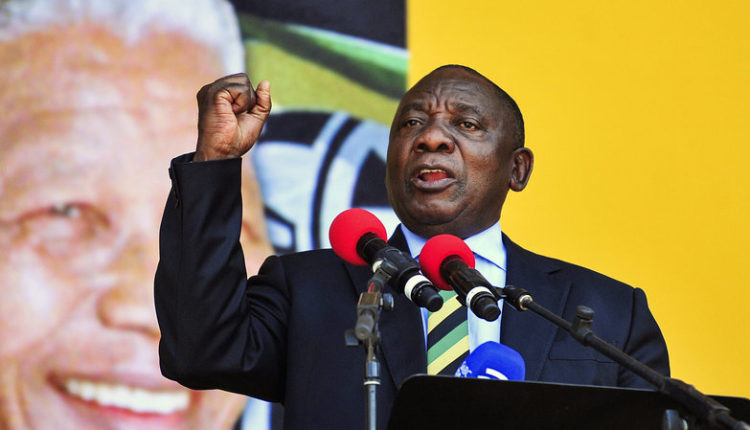 South Africa has declared a 21-days lockdown as part of measures to avert the possible spread of the coronavirus.

South Africa’s President, Cyril Ramaphosa, said the government had “decided to enforce a nationwide lockdown for 21 days” from midnight March 26 to “avoid a human catastrophe”.

He argued that the numbers could increase given that South Africa had “a large number of people with suppressed immunity because of high HIV and TB and high levels of poverty and malnutrition.”

“This is a decisive measure to save millions of South Africans from infection. Without decisive action, the number of people infected will rapidly increase to hundreds of thousands.”

Ramaphosa said the army would patrol the streets along with the police to ensure the ban was respected.

The pandemic had been slow to spread in Africa compared to the Middle East and Europe, but in recent days the number of deaths and infections has increased, sparking concerns about the continent’s vulnerability to a contagious disease.

Senegal declared a state of emergency as well as a dusk-to-dawn curfew starting on March 24.

Ivory Coast ordered a similar curfew, as well as progressive confinement measures based on the geographic spread of the virus.

Ghana on March 21 closed all its borders to travellers for the next two weeks. Initially, the country closed its schools, churches, suspended public all other social gatherings.