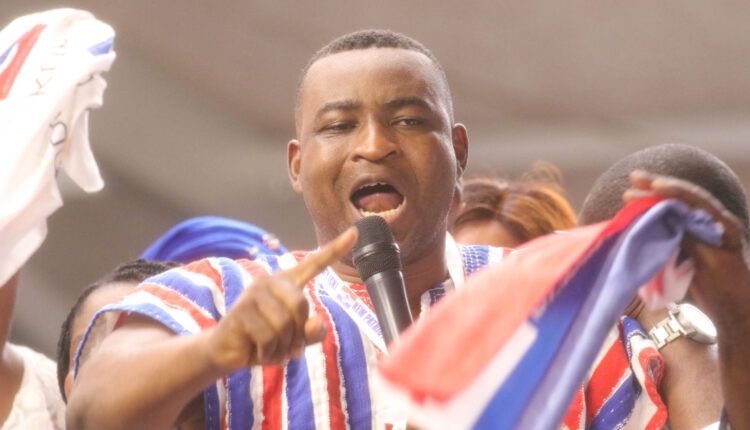 The Kumasi High Court has dismissed a $10 million suit against the Ashanti Regional Chairman of the governing NPP, Bernard Antwi Boasiako, also known as Chairman Wontumi.

The defamation suit was filed by a former Trade and Industry Minister of the erstwhile Mahama administration, Dr. Ekwow Spio-Garbrah.

The controversial NPP stalwart had allegedly made a comment on his Wontumi TV and radio station in Kumasi ahead of the 2020 general elections, which Dr. Spio-Garbrah felt was defamatory.

The plaintiff argued that the statement by the defendant (Chairman Wontumi) was defamatory and maliciously uttered without caution with the intent of causing damage and injury to his hard-earned global reputation.

The plaintiff quantified the value of his global reputation as being in excess of $10 million, hence requesting that amount as compensation.

However, during the cross-examination, the defendant insisted that he only interpreted a statement by former NDC Member of Parliament for Tamale Central, Inusah Fuseini.

After days of proceedings, the court, on Thursday, 28 July 2022, held that Chairman Wontumi’s words against Dr. Spio-Garbrah were not malicious.

It also stated that dismissing the case was necessary because the reliefs being sought by the plaintiff were not substantiated.

But the legal team for Dr Spio-Garbrah has revealed plans to appeal the court’s decision and the award of cost against their client.

“We have the instructions of our client to file an appeal, and we are immediately filing our process to appeal not only the decision and the cost that was awarded against our client.

“We feel it is excessive and out of place… but that’s the beauty of democracy you take your case to court, you await a verdict, you disagree with the verdict, and you take your case upstairs, and my client is clearly determined to get justice from the courts of Ghana,” counsel for Dr. Spio-Garbrah, Nii Kpakpo Samoa Addo, said.